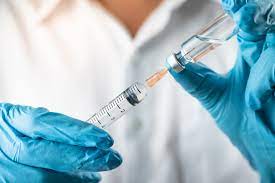 CHENNAI : Hundreds of seafarers, who were recently designated as frontline COVID warriors, are waiting for vaccination to get back to work.

It is apprehended that the delay in vaccinating mariners will lead to a fall in the number of ships calling at Indian ports. The avoidance of Indian ports by foreign vessels may result in disruption of trade, including import and export of essential commodities, cautioned a communication from the Ministry of Shipping.

It is estimated that there are around 46,000 seafarers in Kerala, and half of them need to be vaccinated in the first phase, the communication noted.

The delay in vaccination may disrupt the supply of seafarers for crew change and their unrestricted movement. Several countries have imposed strict restrictions on ships with Indian crew or those with a history of ports of call in India. Crew change at foreign ports may also be affected due to such restrictions, the communication to the State authorities pointed out.

The ministry has also urged the State authorities to include seafarers and port workers in the list of frontline workers and consider them for priority vaccination.

Meanwhile, Kochi-based Merchant Navy Officers Cricket Club has initiated steps for getting their members vaccinated on their own following complaints of vaccine shortage at government hospitals.

The Chennai Port is offering vaccination facilities for seafarers three days a week. The Cochin Port Trust authorities informed mariners that they were willing to offer similar facility, if necessary clearance was issued by the State Health authorities, said Tijo Joseph, secretary of the club, who is also a mariner.

The Cochin Port Trust has offered to provide a vaccination facility at the hospital managed by it once it gets approval, and mariners can be vaccinated in batches, he said.

Meanwhile, Dr. R. Ramesh, Director, Health Services, said the vaccination drive would have to be coordinated by the designated nodal officer of frontline workers with the officials in charge of vaccination in each district. Vaccines will be made available to those who have registered themselves with the mobile app introduced for the purpose and through the network, he added.