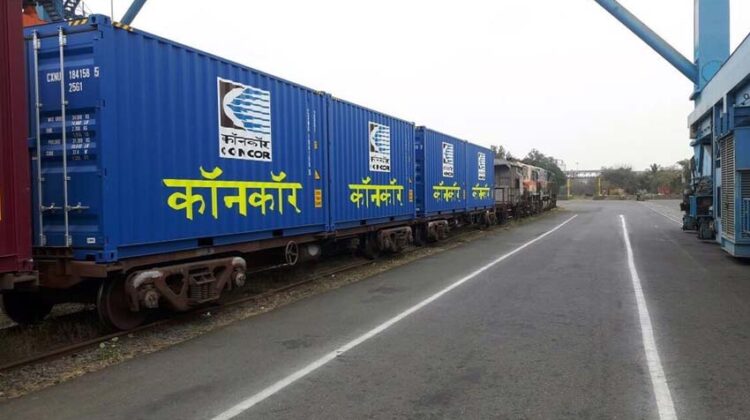 NEW DELHI : A clutch of global and Indian companies such as DP World, PSA International, Adani Group, Vedanta Group, Gateway Distriparks, Allcargo Logistics and investment behemoth Canada Pension Plan Investment Board (CPPIB) will jostle to buy a stake in logistics firm Container Corporation of India (Concor) in one of the most keenly-watched privatisation attempts of the government, it is learnt.

The buzzing interest in India’s largest container train and terminal operator even before the government has issued an expression of interest (EoI) to sell 30.8 percent stake and cede management control has given policymakers confidence that Concor could turn out to be an exemplar of the centre’s most successful privatisation moves.

“We are seeing interest (in Concor) from companies like DP World, PSA International, Adani Group, Gateway Distriparks, Allcargo Logistics and Vedanta Group,” said a person intimately aware of the development. Interest from CPPIB was confirmed by another person familiar with Concor’s operations.

Neither of the two people wanted to be named.

The privatisation of Concor got shot in the arm last week when Railways Minister Piyush Goyal said his ministry has cleared a new land licensing fee policy for the Indian Railways. High-land licensing fee could have potentially dampened interest in Concor, but the new policy will decrease rates for use of railway land for industrial purposes to less than 3 percent, said a person familiar with the matter. An EoI to sell stake in the company will be floated within 10 days after the policy gets cleared by the Cabinet, said this person, asking not to be named.

Interest from the companies mentioned above follows reports that other investment giants such as Blackstone, Warburg Pincus, and India’s own National Investment and Infrastructure Fund (NIIF) too are interested in Concor. The company, which enjoys a market share of over 70 percent in the container train segment, has a network of 63 terminals – including four strategic tie-ups— in India.

“Concor is a star company, We are definitely looking at it,” Mr. Prem Kishan Gupta of Gateway Distriparks told newsperson.

Ravi Jakhar, Chief Strategy Officer, Allcargo Logistics, said his company will “positively consider bidding for a stake in Concor”. “As we expand our operational outreach across the logistics value chain on a global scale, acquiring a stake in the public enterprise is a strategic imperative for us. Concor is a market leader in the ICD and CTO business with significant strategic assets, strong business relationships, and an expansive Pan-India network. It is suitably positioned to cater to both EXIM and domestic cargo and has a strong potential to grow in the future,” he said.

Though the Union Cabinet decided to go ahead with privatising Concor in November 2019, the effort has dragged. One key reason was the pandemic but a more contentious issue has also been the higher land licensing fee (LLF) policy.Based on an LLF cleared last April, Concor was being charged land charges of around 6 percent compared with the per container basis that the company was paying earlier. Concor was expecting an additional outgo of only Rs 460 crore due to the higher LLF but the railways ministry reportedly slapped a land fee of Rs 1,276 crore for the 13 terminals of the company for the current financial year.

Even Gupta of Gateway Distriparks referred to the high land-licensing fee, saying the potential for a bid will depend on the land licensing charge and the number of applicable years.