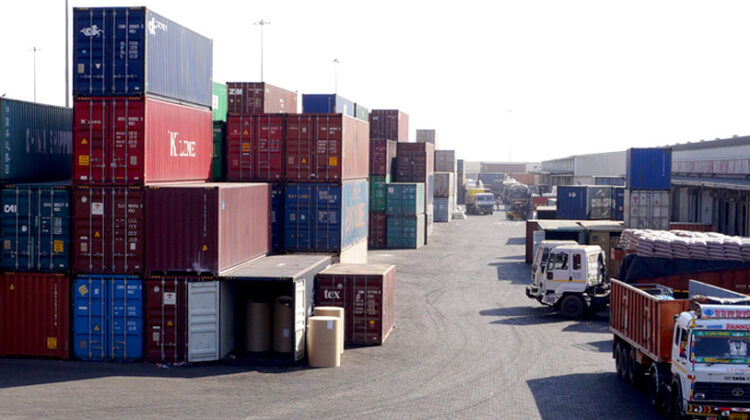 NEW DELHI : As the government is working on a new multi-modal national logistics policy, the Container Freight Stations Association (CFSes Association), whose members have been finding their going tough since 2016, has said CFSes should be allowed handle more logistics services, especially domestic cargo, so that their idling space can be gainfully engaged.

According to the association, the 160-odd CFSes across the ports have been operating at around 40 per cent capacity on one hand, and on wafer thin margins on the other, as most containers are directly delivered to consignees now.

They are currently functioning at around 40 per cent of their functional capacity, Umesh Grover, secretary-general of the Container Freight Station Association told PTI.

He said earlier as much as 70 per cent of containarised imports were through CFSes, which after the DPD began in 2016, is down to a paltry 25 per cent now.

Over 50 per cent of all imports are through DPD facility today which has massively brought down delays and cost for importers, he said, but was quick to add that there is also a problem of over capacity of CFSes, with 160 stations now. Each CFS has can handle 500 TEUs of cargo.

Another reason for the losing business is the introduction of RMS by the Customs, which as taken away 60 per cent of the non-DPD business.

Under the RMS regime, as much as 60 per cent of the shipments do not need Customs clearance. Then there is the issue of fees which have just halved from Rs 10,000 per day to under Rs 5,000 now, he said.

With 34 CFSEes, JNPT, set up as a CFS port, is the largest CFSes facility in the country, followed by Chennai with around 30, Mundra (14) and Kochi, Pipavav and Hazira having two each, among others.

To tide over the crisis of falling business volume and the plunging margins, which have fallen by over 50 per cent from the pre-DPD days, Grover said the new logistics policy should allow CFSes to utilise their excess capacity by handling non-exim cargo, especially domestic cargo bound for coastal shipping.

Under-utilised CFS capacities can be leveraged to handle non-exim cargo in addition to exim (export-import) cargo by creating virtual boundaries for tracking cargo and personnel movement, he said.

He further said CFSes with a land bank of 25 acres and more should be allowed to provide value-added services like bar-coding, packaging, labelling and repackaging, which can help improve their bottomlines.

CFSes should also be allowed to be used as air freight stations instead of creating new facilities, Grover said, adding light fabrication activities should be also permitted in CFSes which will assist the MSME sector.

“The new logistics policy should allow CFSes with over 25 acres of space to handle multi-modal logistics involving air, road and rail, though only a few of CFSes have a railhead connectivity,” Gorver said.

Pointing out that with falling business, those CFSes with large land bank and heavy equipment are facing increased operational cost, he said what the industry needs is not a new multi-modal logistics policy but fine-tuning of the existing policy.