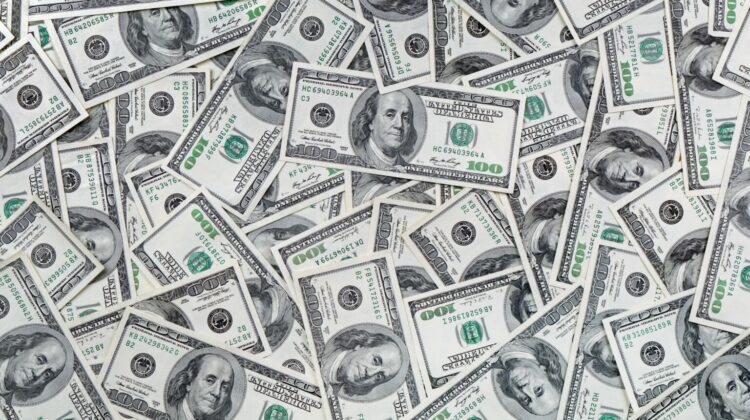 You can buy a brand-new Ferrari starting at $250,000. To rent a 12-year-old container ship for a mere three months, it could cost you a lot more than that: as much as 68 new Ferraris.

“We have never seen a classic Panamax getting so much, although it is only a short-term commitment,” he said. (A classic Panamax is a container ship with capacity of 4,000-5,000 TEUs.)

The Synergy Oakland rate is at the all-time high in the short-term market, matching the rate on a six-month charter of a larger 8,500-TEU ship in July. A report in late July of a $300,000-per-day charter turned out to be a special transaction with complex terms and is not comparable.

According to U.K.-based data provider VesselsValue, the Synergy Oakland has a secondhand value of $71.17 million. The charter rate for the Synergy Oakland is so high that the ship will earn up to a quarter of its resale value in just three months — the equivalent of a building owner paying off the entire mortgage with rent income from a single year.

Two other recent deals are even more extreme in relation to resale value. Alphaliner reported that CU Lines has chartered the 2005-built, 2,751-TEU Northern Vivacity for six months at $155,000 per day and the 2,492-TEU Groton for five to six months at $135,000 per day.

VesselsValue puts the current value of the Northern Vivacity at $34.61 million, meaning that this 16-year-old ship will earn 80% of its resale value in a half-year period.

The Groton is worth $30.52 million, according to VesselsValue. Its upcoming charter will cover 67%-80% of the 19-year-old ship’s value.

Charterers of such ships “are of course going to pay a fortune in hire,” said Mercier. “But at the same time, they are making a lot of money on the cargo side — the rates on the cargo side are incredible and continue to rise — so that even while they are paying astronomical charter rates, they are still going to make a substantial profit.”

What happens in the short-term charter market hinges on spot freight rates. As long as spot rates stay as stratospheric as they are now, expect more headlines on $200,000-per-day charters.

The dynamic is different in the long-term, multiyear market. Rates are historically elevated but much lower than short-term rates; for example, a ship the size of the Synergy Oakland would earn $50,000 per day for three years.

As the container shipping frenzy has intensified in recent months, long-term charter rates have risen and durations have lengthened to three years, then four, then five.

But this week, Alphaliner reported signs of potential stabilization of both pricing and duration in the long-term market.

“Recently, we have seen some reluctance by charterers to embark on four- and five-year deals for certain ship types and the periods are not increasing anymore. We have seen a bit more periods of three years and even only 24 months,” said Mercier.

“But there are conflicting signals and we have to be careful because we don’t know whether this is the beginning of a peak or just a plateau. The market has already been so full of surprises. The big reason why charter rates might potentially start leveling off is because if they keep rising at such a pace, more and more liner companies will be willing to buy ships rather than charter them.”

What happens when freight rates fall?

If charterers are signing ship leases that run through 2025 or 2026 for $30,000-$50,000 per day and freight rates collapse starting in 2023 or 2024, what would happen to all these high-priced charter contracts? Previously, in the years since the financial crisis, several charterers have either renegotiated leases or broken them.

Mercier warned, “It has happened in the past so it could very well happen again in the future that there will be a complete mismatch between super-expensive time-charter commitments on one hand and a falling freight-rate market on the other, with the liner shipping companies bleeding money and having no option but to renegotiate their charter agreements.”

Constantin Baack, CEO of MPC Container Ships (Oslo: MPCC), was asked about this risk on the company’s latest earnings call.

“There is not a legal path to renegotiate contracts,” said Baack. “The contracts are contracts and are firm. Having said that, obviously there have been times in the past, post-financial crisis, when renegotiation of contracts took place.

“But looking at the counterparties at the moment … these guys are significantly deleveraging their balance sheets, so I would argue the whole industry is in much better shape than post-financial crisis.”