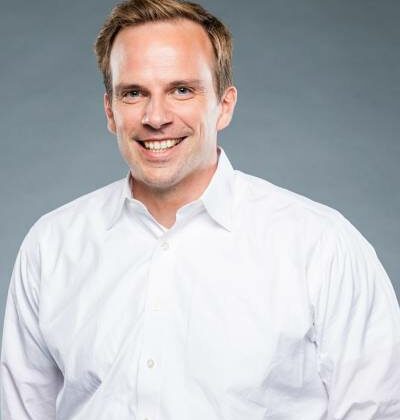 HAMBURG : Niklas Ohling, Senior Director Container Steering of Hapag-Lloyd, about trends related to Hapag-Lloyd’s container fleet and the things that are causing him the biggest headaches these days.

Niklas, there is a very absurd accusation making the rounds right now about container shipping companies like us – namely, that we are deliberately hiding containers to keep the rates artificially high. So, please, tell us the secret: Where are you hiding all our containers?

(laughs) Not a single one has been hidden. The vast majority of our containers are underway on ships, trains or trucks – and full of cargo. The main driver is demand for shipments in 40’ high cube (HC) containers. More than 80% of our 40’ HC container fleet is in use or being repositioned to places where they’re needed. Less than 20% of the 40’ HC fleet is sitting empty in a depot or terminal. And in China, which is the undisputed engine of growth and where we have the biggest need, we are really only sailing by sight.

The inefficiencies in this trade lane are growing along with the trade volume. On average, one out of every five or six containers on our ships are empty. This means that if we have 12 million TEU movements in our fleet today, we have to carry out almost 2.5 million empty container movements. And that’s just between the continents. On top of that, you still have all the movements within the various regions and countries.

In response, our customers are saying: “Well, why can’t you just lease or buy more containers?” So, why don’t we?

We actually are doing that. In fact, we’re doing it more intensively than ever before. In 2020 and 2021 alone, our container fleet will grow, minus the ones that are being decommissioned, by 438,000 TEU. We’ve invested well over USD 1 billion in new containers. The leasing market for containers is practically empty, and the container producers in China are booked up for months. What’s more, prices for new containers have more than doubled in the last few months owing to the high demand.

Could you have ever imagined that there wouldn’t be enough containers?

Not to this extent. There are always critical points in the calendar, such as Chinese New Year or Golden Week, when companies across China temporarily shut down for the holidays. And that leads to a big spike in demand. And then, after that, there are lulls again. These are quite a challenge each and every year. Incidentally, we witnessed a similar development in the wake of the 2009 financial crisis. But we’ve never had a pinch that has been this intense and lasted this long. We are experiencing full capacity utilisation. Every box is being used.

What are your biggest challenges right now?

First and foremost, it is the boxes that are currently on the move with cargo. Turnaround times have gone up by 20% compared to 2019. At that time, containers had an average transit time of 50 days until we got them back empty. Right now, that figure has grown to 60 days on average – and things have already been like that for more than a year. We hit our peak in July, when the figure was 62 days. This means that we actually need 20% more containers to satisfy the demand.

Last year, we sailed a lot of so-called “empty loaders” to China, which is a term for ships that are exclusively filled with empty containers…

That´s true. We had lots of them. This option is currently limited because there is too little shipping capacity. We occasionally still have ships sail on container-repositioning voyages, but much less often than we usually do.

After a certain life time containers are decommissioned. What do people do with these containers?

We’ve seen it all. Some containers are used as storage sheds for sports clubs or in allotment gardens. We’ve seen an entire house made out of containers as well as a container that was outfitted to be a bathroom and then installed in a flat. Here in Hamburg, there is a hotel that has a meeting room inside an old 40’ Hapag-Lloyd container. But my favourite is a container serving as a bridge pier. These days, colleagues and friends keep sending me pictures, mostly from their holidays, of decommissioned containers in unusual places – at almost 4,000 metres up in the Andes or even in the desert.