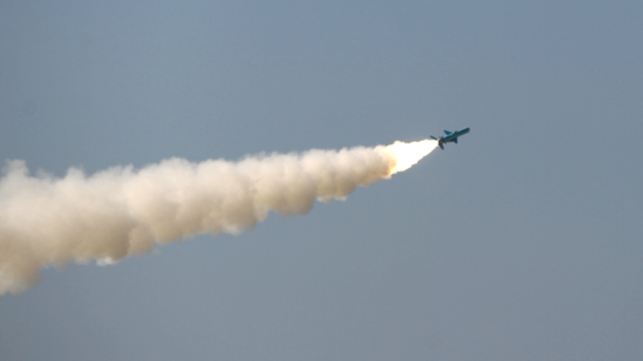 An Iran-affiliated outlet has reported an attack on the boxship CSAV Tyndall, a vessel previously owned by Israeli shipowner Eyal Ofer.

The incident was first reported by Lebanese TV network Al Mayadeen, an outlet with suspected ties to Hezbollah and Iran. As the CSAV Tyndall was previously linked with an Israeli shipowner, defense analysts quickly pointed to Iran as the likeliest culprit. Iran has been accused of orchestrating previous attacks on Israeli vessels in the Gulf of Oman and Indian Ocean, part of a long-running series of suspected tit-for-tat strikes by the Israeli and Iranian governments against each others’ merchant fleets. The explosions that struck the Israeli-owned car carriers Helios Ray and Hyperion Ray earlier this year have both been widely attributed to Iran, though Tehran has not provided confirmation.

The Tyndall incident also follows shortly after a successful Israeli drone strike on an Iranian uranium centrifuge manufacturing plant, part of Israel’s campaign to prevent Tehran from developing a stockpile of nuclear material. Iran has denied that the airstrike caused significant damage, but independent satellite imagery appears to show signs of a large fire at one of three large factory buildings on the site .

The 2014-built CSAV Tyndall was purchased by a subsidiary of Ofer’s Zodiac Maritime in 2019, and she was resold to a single-vessel holding company named Polar 5 Ltd. in May. At the time of the sale, Anglo-Eastern took over her technical management and London-based Oceonix Services took on her commercial management, according to her Equasis record.