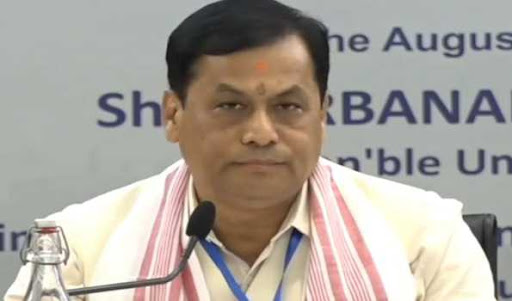 MUMBAI : Union Minister for Ports, Shipping and Waterways Shri Sarbananda Sonowal asserted that the issue of the container shortage would be addressed “successfully” as the matter has been taken up with all urgency.

Sonowal, who was on a day-long visit to the country’s premier port, JNPT, also said that a committee, under the Additional Secretary in the Ministry of Ports, Shipping and Waterways, with representative from other related ministries as well, is looking into the issue.

Earlier in the day, Sonowal reviewed the progress made by the port through its Public-Private Partnership initiatives, and engaged with JNPT’s key stakeholders besides inaugurating the ‘Bhumipoojan ceremony’ of the JNPT Port Road concretisation project, among others.

“This (container shortage) is a big issue. it has been taken up in an urgent manner and definitely we are going to address it successfully,” Sonowal said.

“All the concerned ministries have put up efforts in the right perspective”, added the Minister.

Amid the pandemic, the exporters globally, including in India are facing container shortage for quite some time now, though with the intervention of the shipping ministry and the shipping firms, the situation has somewhat eased.

To address the problem of shortage of containers for exports, the government in late September announced a three-month extension for the re-export of imported vessels lying at domestic ports.

With the majority of global trade carried by sea, ports are critical gateway infrastructure which connect an entire region and its inland transportation network (road, rails, inland waterways) to the international market, Sonowal said.

He highlighted how JNPT has continued to lead India’s port sector from the front through its EXIM-centric initiatives and world-class expertise in swiftly streamlining logistical operations, consequently emerging as a preferred ‘Port of Choice’ for trade.

He further said, JNPT has been successful in earning a name for itself as the biggest container port in the country, which is at par with the global standards. JNPT is serving the country with commitment, he added.

“JNPT is going to become a mega port in the near future. That is the vision plan we have in mind. “For this, whatever top-class facilities are needed to be incorporated to provide the best-possible support to the users of the port will be done effectively,” he said.

“I am confident that, through consistent tech advances and multimodal infrastructure development, JNPT will continue to navigate India’s port-led prosperity and anchor itself as a mega port by 2030, Sonowal added.

The minister also visited Centralized Parking Plaza to review its tech-enabled operations at the CPP command centre, according to an official release.

Besides, the Minister also e launch the Medical Oxygen Plant at the JNP Hospital.

Referring to the PM Gati Shakti scheme, Sonowal said, the integrated effort which is being taken by various ministries will add speed in development works around the country.

Referring to JNPT’s Special Economic Zones, the Minister said, SEZs are an important component of the Gati Shakti scheme, adding, if all means of connectivity, be it waterways, airways or railways, are brought together and they play their role unitedly for the purpose of trade, or even providing the facilities to people within proper time, then the country’s economy will definitely be strengthened in a short time.