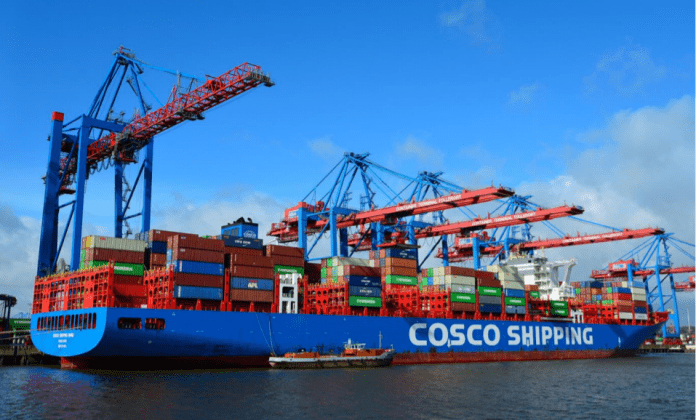 Under CEN-EXPRESS, shippers can have their goods railed from DP World’s terminal in Prince Rupert port, via the Canadian National Railway, to Chicago.

For CEN-PLUS, shippers are guaranteed an exclusive container yard as a pick-up point for delivery to the receiver.

“The express services provide 3,500TEU of incremental capacity for the Transpacific service, which will effectively relieve the pressure on the import-export market between China and US, especially for Long Beach and Los Angeles,” said COSCO.

While the China-US West Coast voyage takes 14 days, severe congestion means that ships now have to wait nine days outside Los Angeles and Long Beach ports to berth. With unloading and the bottlenecks in US rail transport, it could take a month for the goods to reach the US inland.

COSCON stated that using the CEN-EXPRESS can get goods from China to Chicago in just 19 days.

COSCON will also offer the services to customers of its OCEAN Alliance partners, CMA CGM and Evergreen Marine Corporation, and plans to expand the service coverage to more inland points in the US and eastern Canada.