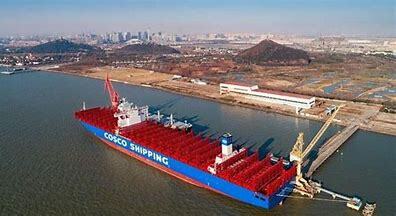 China State Shipbuilding Corporation (CSSC) has announced its largest containership contract for the construction of thirteen 16,000 teu boxships at a total cost of over CNY10bn($1.5bn).

Asia :The vessels are designed by CSSC Marine Design & Research Institute, will be in 366metres length and 51metres width, and be equipped with a scrubber-fitted WinGD main engine. Reports have linked the orders to container line MSC, although CSSC did not disclose the name of the party described as a “world leading containership owner.