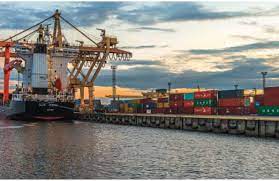 KANNUR : Azhikode MLA K.V. Sumesh has said that a customs clearance office will soon be set up at Azhikkal port in Kannur district of Kerala to enable movement of international cargo through the facility.

He was speaking after a visit by Customs Commissioner Rajendra Kumar to the port. All necessary arrangements, including a customs office, will be made at Azhikkal on a war footing.

The MLA also said that land acquisition for port development had been completed.

With the establishment of the customs clearance system, the port will grow by leaps and bounds. The movement of cargo from foreign countries through the port will lead to growth in trade in north Kerala and the Kodagu region, Mr. Sumesh said.

Meanwhile, Mr. Rajendra Kumar said that all assistance would be offered for setting up the customs clearance system at Azhikkal. Once the necessary infrastructure, including the Electronic Data Interchange (EDI) system, is in place, the emigration clearance office can be set up at the port. Until then, the existing arrangement will continue, the officer added.

Two Joint Customs Commissioners have been appointed to facilitate trade in ports.