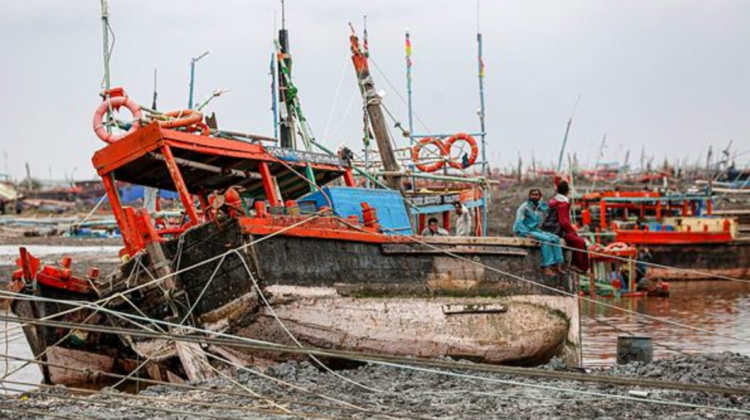 PIPAVAV: Cyclone Tauktae made landfall between Diu and Una town of Gir-Somnath district on Monday night and caused major damage to property in several parts of the state,

Port infrastructure belonging to APM Terminals, Reliance Naval and Engineering Ltd and Swan Energy Ltd in Gujarat, which were in the path of Cyclone Tauktae, have suffered some damages due to the strong winds, official sources said .

Cyclone Tauktae made landfall between Diu and Una town of Gir-Somnath district Monday night and caused major damage to property in several parts of the state.

As per preliminary reports, there seems to be substantial damage at Gujarat Pipavav Port Ltd (GPPL) operated by APM Terminals, a senior official from the state government said. “It is the only port which has not begun functioning after the cyclone. The company has not been able to give an assessment of the damages to the government so far,” the official said.

Officials, who visited the port said, the cranes and jetty structure at GPPL had not been damaged, but godowns, warehouses and office buildings have been damaged. Meanwhile GPPL in a statement to National Stock Exchange and BSE on Tuesday stated that is had suspended port operations due to the cyclone and “prima facie there has been no major damage to the port’s infrastructure facility.” “The power supply and communication link at the port has been completely disrupted and work is in progress to restore them. The company shall keep the exchanges updated once the port is ready to resume the operations,” the company added.

“At the shipbuilding yard of Reliance Naval and Engineering Limited, one Goliath crane fell down in the high-velocity winds and a tug had sunk,” the official said. As mobile networks and electricity supply have not been restored in Pipavav, government and private firms were facing difficulties in communication, the official added.

A jetty belonging to UltraTech Cement Ltd in Pipavav has also been damaged and the approach roads have also been washed away.

We have not been able to get an estimate of the losses in Jafrabad as some of the areas are still inaccessible. But there is some limited damage at the under-construction FSRU (Floating, Storage and Regassification Unit) based LNG import terminal belonging to Swan Energy Ltd in Jafrabad. Some part of the breakwater would have been affected. There has been no loss of life in any of these places, as they were all evacuated in advance,” the official added.

Dredgers and other assets of the Gujarat Maritime Board (GMB) in the area between Pipavav and Jafrabad meanwhile is reported to be secure with minimal damage.

More than 21 ports had suspended operations ahead of the cyclone. On Wednesday, all the ports, except Pipavav, have started functioning, sources said.

No major damages, meanwhile, were reported from Alang shipbreaking yard in Bhavnagar district. About 1,000 workers were shifted to the GMB labour colony as a precautionary measure.