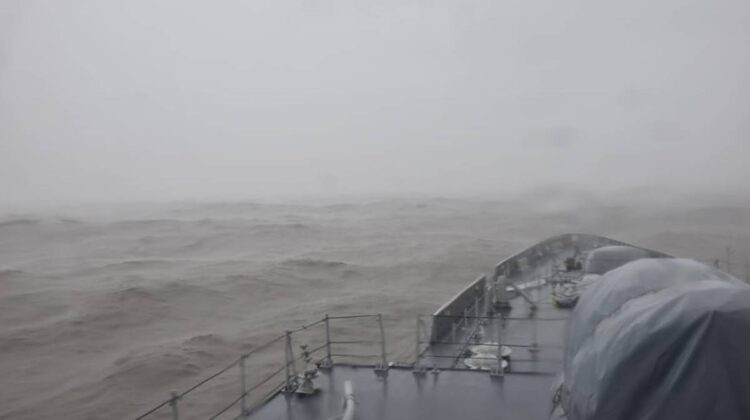 MUMBAI : The SAR Operation is being supported by the deployment of P8-I and other naval helicopters. Since May 17, 2021, almost 180 survivors have been recovered so far.

The SAR Operation is being supported by the deployment of P8-I and other naval helicopters. Since May 17, 2021, almost 180 survivors have been recovered so far

In another SAR operation, by the end of late afternoon on Tuesday (May 18, 2021), around 137 persons on board a barge ‘Gal Constructor’ were rescued. The vessel which was adrift in the Arabian Sea, which ran aground near the Wadrai beach – some 90 km north of Colaba Point Mumbai, late Monday night, were finally rescued. According to the Indian Navy, an Emergency Towing Vessel ‘Water Lily’, two support vessels and CGS Samrat which were in the vicinity gave all the support in evacuating the crew.

Despite the high winds and heavy rains, the Indian Coast Guard has pressed in helicopters to airlift the marooned crew to the shore. In this rescue mission the Indian Navy sent in Seaking 42 helicopters, which in one sortie can airlift 20 men. This helicopter rescued 35 crew members of `Gal Constructor’.

Late evening, the official spokesperson of the Ministry of Defence announced that all the 137 stranded crew was rescued from the `Gal Constructor’. Mr Bharat Bhushan Babu also announced that there was no one left there and the operation for the vessel was over.

Meanwhile another SAR mission is going on …

INS Talwar has reached the area and has taken over the duties of ‘On-Scene Coordinator’ and is coordinating the SAR effort. The mission is being carried out in coordination with the Western Naval Command and ONGC and DG shipping. According to the Indian Navy’s official spokesperson, five tugs have been diverted to help

As an update, the situation is under control and has stabilized with the Great Ship Aditi and Support Station 3 able to drop anchor. And, OSV’s Samudra Sevak and SV Cheel are connected to manoeuvre Sagar Bhushan.

till late Tuesday evening, the sea continued to be extremely rough with sea state 4-5 and winds 25-30 knots (approx 35 – 55 kmph). This has been a great challenge to all the ships and aircraft which are part of the SAR operations.