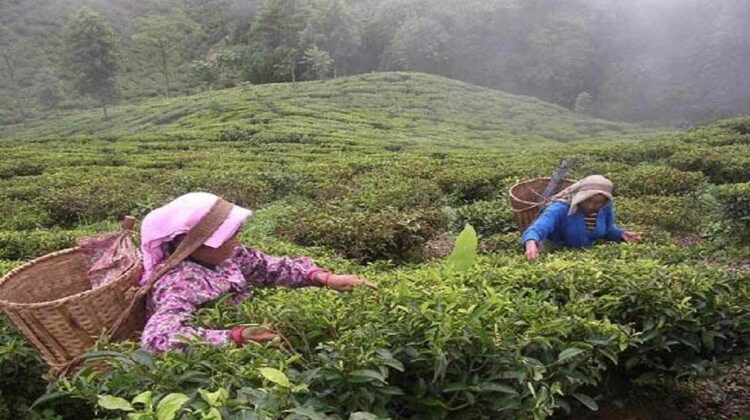 KOLKATA : Darjeeling tea exporters have initiated talks with Chinese tea importers to ship the quality first flush teas for the next season.Industry executives said the development comes after the exporters lost a number of Japanese buyers and that Chinese importers are willing to pay good prices for quality Darjeeling tea. If exports pan out as expected, China may soon become a preferred destination for Darjeeling tea, they said. “We had been trying to enter the Chinese market in a big way,” Anshuman Kanoria, Chairman of Indian Tea Exporters Association, told “The Covid situation for the last one and a half years has thrown a spanner in our plans. However, we are in constant talks with the Chinese buyers. Many tea trade shows are being held in China. Because of the current situation, we are not able to participate in these shows.

”In China, tea is considered among the seven necessities, along with wood, rice, oil, salt, soy sauce and vinegar.Seven-eight years ago, Darjeeling tea traders had exported 20,000 kg of Darjeeling tea to China which became a hit with the youth in cities such as Beijing and Shanghai and was accepted for corporate gifting too. However, Darjeeling tea exporters did not strongly pursue their presence in the Chinese market.The younger generation in China is leaning towards black tea in the ready-to-drink format, said industry executives.

China is the largest producer of green tea in the world while India leads in black tea production.Earlier, when China purchased Darjeeling tea the importers had offered a price of $15-40 per kg depending on the quality. Kanoria said the other markets where Darjeeling tea is trying to make bigger inroads are the US, Japan and Germany. “We are also focusing on increasing domestic consumption. However, what we need now is funds for generic promotion of Darjeeling tea in the targeted global markets. We have approached the government for financial assistance,” he said.

Kaushik Basu, Secretary, Darjeeling Tea Association, said this year’s Darjeeling tea production will be around 7 million kg and exports will be in the range of 3-3.5 million kg .Kanoria said that for Darjeeling tea industry to get good prices, the industry has to upgrade the quality of teas. “People associate India with Darjeeling tea and therefore there is a need to promote it aggressively in the world markets,” he said.