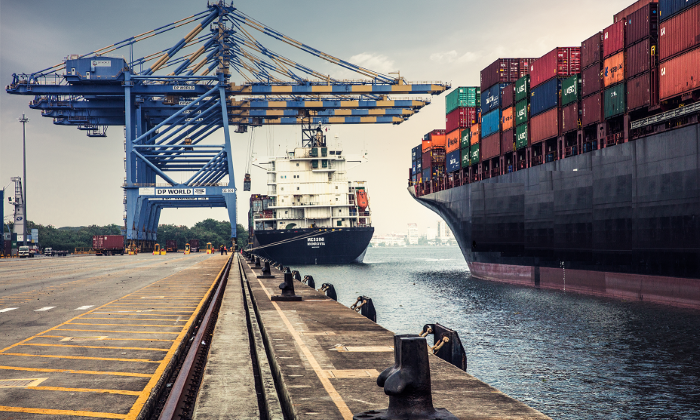 The ICTT has switched to the en-bloc model for import container delivery whereby CFS’s will have to move containers on best pick / en-bloc basis to their facilities and deliver the containers to the customers from there.

Under the en-bloc/best pick method, the terminal operator hands over the container from the top of the stack in the yard to the trailer for onward movement to the CFS.

A container which does not follow the best pick / en-bloc model, will need to undergo (multiple) shifting within the terminal.

If a CFS does not shift their nominated containers as en-bloc movement, then all containers being delivered to that CFS will be billed a CFS shifting charge of Rs 800 for a 20-foot container and Rs 1,200 for a 40-foot container, DP World said in a trade notice.

CFS’s which have chosen best pick/ en-bloc basis movement needs to inform ICTT the number of containers they plan to evacuate the next day. Basis this, the terminal will inform the sequence of delivery and the CFS need to ensure that their trailers arrive in the sequence and pick up the containers.

If a CFS that has opted for best pick/ en-bloc delivery, requires a container to be delivered on a non-best pick basis, then a shifting charge of Rs 2,705 for a 20-foot container and Rs 4,058 for a 40-foot container will be billed to the CFS for that container, DP World said in the trade notice.

CFS operators say that this will add to their costs, and they will be left with no choice but to pass it on to the customers.

“We will continue to move containers as is being followed currently under non-en-bloc/non best pick basis and any charges applicable at the ICTT may be billed to the respective shipping lines/customers only”, a CFS executive said.

“We will not accept any bills on account of non-en-bloc/en-bloc, best/non-best pick movements at ICTT,” he added.

Of the six CFS’s serving Cochin Port, four are run by Centre and State- owned undertakings while two are private facilities.

The trade has urged D P World to defer the new system till the matter is discussed with the stakeholders.

“Traders are facing huge financial losses due to the steep rise in freight rates and are unable to sell their products in the market. In such a situation, why is D P World imposing extra charges on the traders,” a trade source said.

“If DP World continues with the new system, importers/traders will shift their import shipments to Chennai Port,” he added.