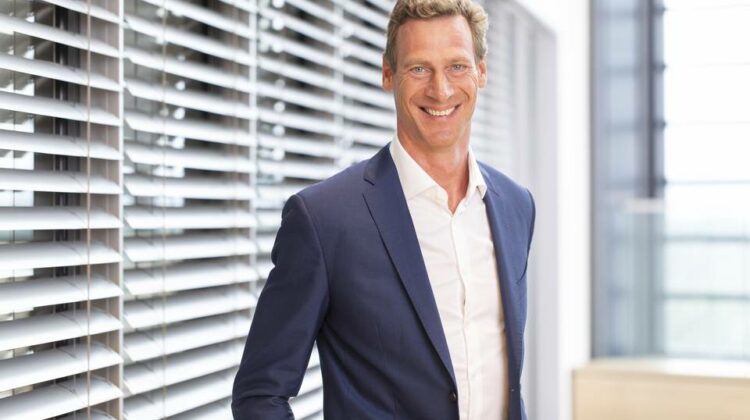 ESSEN : Maersk and CMA CGM both have declared ambitions of expanding in logistics. At German DB Schenker, COO, Mr. Thorsten Meincke warns container lines against this strategy. “If you’re a carrier, your focus is to utilize your assets as best as possible,” he tells ShippingWatch.

Major container carriers such as Maersk and CMA CGM are in the process of building up logistics businesses to help drive their growth in coming years.

Maersk in particular profiles itself as an integrated transport company today rather than just a container carrier, a strategy that was further accentuated in connection with the group’s interim results on last week, which included the announcement of two more acquisitions within logistics.

But carriers should be careful not to overreach, warns Mr. Thorsten Meincke, COO of Air & Ocean at DB Schenker, in an interview with ShippingWatch.

“I believe very much in the separation of tasks,” he says.

“I have a very simple message here at DB Schenker : Leave carriers to carry it, they know best, they can balance out the global demand supply of containers best” said Mr. THORSTEN MEINCKE, COO AIR & OCEAN, DB SCHENKER

A key issue for shipping lines that also do forwarding relates to flexibility, he explains.

“If you don’t have space on your own (vessels, -ed.), you cannot just book with another carrier, as forwarders can, because shipping lines do not quote FAK rates (Freight All Kind, -ed.) to each other,” he says, noting the fact that this could create issues relating to non-compete and compliance matters.

DB Schenker chose to remove its business from Maersk last year, after the group became an integrated transport company with Damco under its Ocean segment.

Meincke doesn’t want to comment on the decision in detail. He admits, however, that the integration played a role in DB Schenker taking its business elsewhere, among others to French CMA CGM, which also bets on logistics with subsidiary Ceva Logistics. Flexibility becomes compromised with too much integration, he explains.

“I do see clear differentiation between CMA CGM and Maersk,” he says.

“Maersk does both, being carrier and forwarder, under one roof under one leadership and one brand, that’s why we decided in the spring last year to completely step out of them. As for CMA CGM, they have an integrated marketing, yes. But our cooperation with them as independent carrier is still superb, and we don’t see any interference whatever,” Meincke says, referring to the French carrier’s integration with DB Schenker’s competitor Ceva Logistics.

Maersk maintains, however, that they were the one to break off the collaboration with DB Schenker.

Søren Skou after break from DB Schenker: You win and lose customers

Leave it to the carriers to run ships

He emphasizes once more that he sees the best results coming out of companies focusing on their specialized field.

This also means that freight forwarders should refrain from chartering ships for their own cargoes, even if it’s tempting in the overheated market where everyone is currently looking for capacity.

(…) these vessels could get much better utilized by the ocean carriers and not by forwarders trying to interfere, or maybe even bidding higher on the charter rate, then getting it full on the inbound trade and empty on the backhaul” said Mr.THORSTEN MEINCKE, COO AIR & OCEAN, DB SCHENKER.

“If you do the math, you would find out that it financially doesn’t make sense. The biggest cost of chartering vessels is the positioning of the empty containers. You need capacity to run effectively, and these vessels could get much better utilized by the ocean carriers and not by forwarders trying to interfere, or maybe even bidding higher on the charter rate, then getting it full on the inbound trade and empty on the backhaul,” Meincke says.

Last week, he made it clear to ShippingWatch that he thinks carriers are doing everything they can to transport their customers’ goods, and that they’re working as efficiently as possible under the circumstances.

“I have a very simple message here at DB Schenker: Leave carriers to carry it, they know best, they can balance out the global demand supply of containers best. And if there are ships available, let them do it. And they can do it much cheaper than we can,” Mr. Meincke says.