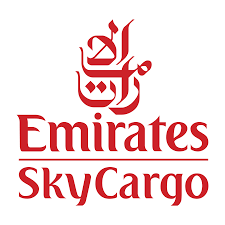 DUBAI : Emirates SkyCargo division has delivered the first COVID-19 vaccines produced by Pfizer Inc. and German partner BioNTech to the United Arab Emirates. The shipment for the Dubai Health Authority arrived in Dubai on a regularly scheduled Boeing 777 passenger flight from Brussels, the airline announced Wednesday.

On arrival, the containers with vaccines were the first to be unloaded from the aircraft and taken to Emirates SkyCargo’s dedicated pharmaceutical facility set up an extra-large cold storage hub in for vaccines to be stored at ultra-cold temperatures until clearance for delivery. Emirates said it carried the vaccines at no charge.

More countries are beginning to receive recently approved COVID-19 vaccines. Last week, FedEx Express transported the first batch of Moderna Inc.’s COVID-19 vaccine from Brussels to Toronto for distribution in Canada. First distribution of the Pfizer/BioNTech vaccine is also ramping up in Germany, France, Italy and other countries following recent approval of the drug by the European Commission. DHL and Kuehne + Nagel have received contracts from various German states to handle vaccine logistics in their jurisdictions.

Emirates SkyCargo says it will be involved in moving various vaccines to different parts of the world. It has dedicated warehouses in more than 30 countries with quality controls that meet distribution standards for the pharmaceutical industry. The Emirates cargo division also has established a “pharma corridors” program in which it partners with ground handlers and airports to ensure an unbroken cold chain from major pharmaceutical production areas to destination.

The Pfizer/BioNTech vaccine is unusual in that it must be kept at minus 70 degrees Celsius.

Emirates SkyCargo in October set up in Dubai what it calls the world’s largest dedicated airside storage and distribution hub for COVID-19 vaccines, with capacity to store up to an estimated 10 million doses of vaccine in the 2 to 8 degree Celsius range — typical refrigerated temperatures — at one time. The anchor hub will allow the airline to fly in vaccines from manufacturing sites around the world, store and prepare shipments for regional and global distribution. Dubai is a major transshipment point for pharmaceuticals and other commodities moving between Asia and other regions of the world.

The facility, located at the Dubai World Center air logistics hub, has more than 43,000 square feet of temperature-controlled space and has a large fleet of Cool Dollys that protect against temperature fluctuations during transit between the aircraft and the cargo terminal. A large number of temperature-controlled trucking docks and the proximity of the terminal to the aircraft parking gates allows for quick processing. In addition to cold storage, Emirates SkyCargo also offers extra service such as replenishing dry ice and repackaging vaccines. The cargo division has also set up a dedicated rapid response team to coordinate the response to vaccine transportation requests.

New airports to come up as multi-modal mobility hubs