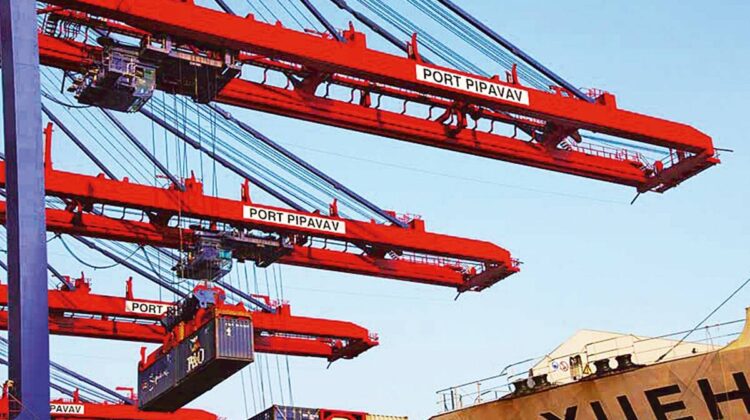 MUMBAI : Gujarat Pipavav reported its Q1FY22 numbers. The company had undertaken a 10-day voluntary shut down as a precautionary measure ahead of cyclone Tauktae, which resulted in a loss of market share. Jakob Friis Sorensen, Managing Director at Gujarat Pipavav Port, discussed the performance.

The weakness in volumes is because of the cyclone and partly also because of some of the structural problems that India is facing in the global container market where the supply and demand is a bit skewed, he said.

“We have had a tremendous recovery and the entire team worked tirelessly to recover and to be up and running in full speed again,” he mentioned.

“We had hoped that stabilisation would happen during 2021, but it seems that this Asia to Europe and Asia to transpacific is continuing perhaps well into 2022. So that means higher prices for container shipping, but it also means that demand is strong in those markets. It plays both ways for Indian exports,” he added.

According to him, container demand/supply challenges have peaked. “Europe and many other places are coming back to normal; it is going well with the vaccination programme and it means that we are slowly getting a little bit back to normal,” he shared.

“What we have seen in Pipavav is that our non-container activities – bulk liquid, even export of cars – have resumed, so we are quite optimistic that it is evening out but it is going to take a longer time, probably the end of 2021 into next year, before we see relative normal pricing again,” he stated.

On the container side, the port is losing a little bit of market share mainly because of the cyclone, he said.