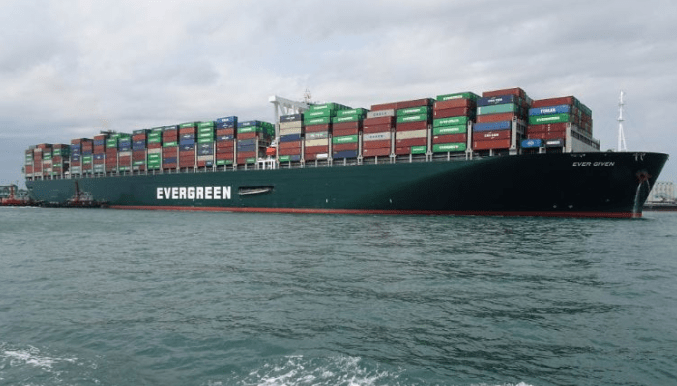 The containership Ever Given, which left Egyptian waters , will not make its usual Hamburg port call “because of concerns surrounding navigation safety,” ship’s operator Evergreen revealed in a statement.

As informed, the cargo planned to be discharged in Hamburg will be unloaded in Rotterdam and transshipped to the destination port.

Evergreen noted that “the vessel follows the guidance outlined in its seaworthiness certificate to sail at lower speeds and to call only Rotterdam and Felixstowe.”

Furthermore, the company also announced that it is coordinating with the terminal operators regarding berth arrangements and will maintain close contact with them to ensure the containers can be discharged as soon as possible when the vessel arrives.

The 20,000 TEU containership has resumed its voyage to Rotterdam after receiving the official approval to depart the canal from the Suez Canal Authority (SCA).

The giant containership underwent a safety inspection at the Port of Said, situated at the northern end of the Suez Canal, before heading towards its next destination