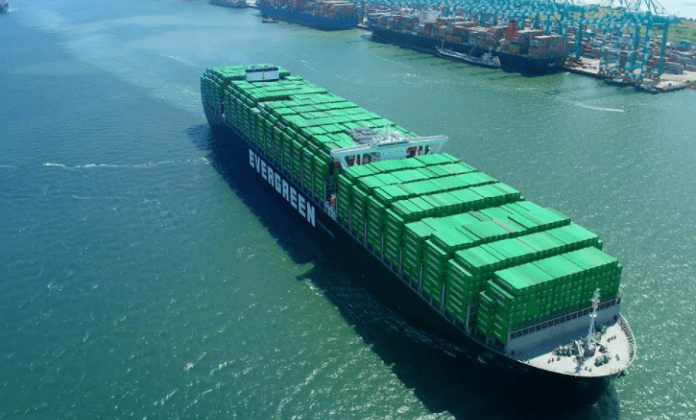 Taiwanese liner operator Evergreen Marine Corporation has extended its spree on newbuildings and containers, as its profit continues to climb amid firming freight rates.

On 5 November, Evergreen unveiled orders for a pair of 24,000TEU ships from Jiangnan Shipyard.

The additional capital investments coincided with Evergreen booking a US$5.69 billion net profit for 9M 2021, a 13-fold increase from the year-ago period.

Evergreen president Eric Hsieh said, “Judging from the situation this year, the percentage of growth in fleet supply is similar to that of demand. We never saw such high freight rates in the past, and current conditions augur well for liner operators’ future business prospects.”

Almost every mainline operator has been expanding shipping capacity, both through newbuildings and second-hand ship purchases, to meet unrelenting demand and congestion in major ports.