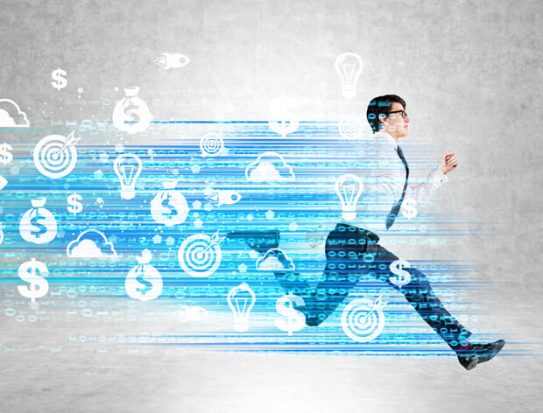 CANADA : A new commitment made by G7 digital and technology ministers to adopt electronic transferable records in international trade transactions has been hailed as a “momentous step forward” for trade digitisation, and businesses are being called upon to get ready for digital trade now – or risk being left behind.

At a meeting held last week, the intergovernmental organisation, made up of Canada, France, Germany, Italy, Japan, the UK and the US, agreed a framework that will champion the work of the United Nations Commission on International Trade Law (UNCITRAL) and promote the adoption of its Model Law on Electronic Transferable Records (MLETR).

It will also support international efforts to facilitate legal reforms as well as ongoing work by other international fora on interoperability and co-operation on relevant regulatory issues to promote the use of electronic transferable records.

“Paper-based transactions, which still dominate international trade are a source of cost, delay, inefficiency, fraud, error and environmental impact,” say the ministers in a joint statement. “It is our shared view that by enabling businesses to use electronic transferable records we will generate efficiencies and economic savings. This will strengthen the resilience of our global economic system and play a crucial role in trade recovery across the G7.”

The declaration marks a huge acceleration in progress towards digitising global trade. Despite more than two decades of efforts, data from the Digital Container Shipping Association (DCSA) shows that only 0.1% of bills of lading – just one of many paper-based trade documents – are issued electronically. A key impediment to the scaling of trade digitisation has been the outdated requirement in most jurisdictions that these so-called “negotiable instruments” – or documents of title – be presented in hard-copy paper format.

Last year, during the depths of lockdown, the International Chamber of Commerce (ICC) called upon governments to enable an “immediate transition” to paperless trading, but despite the catalyst of the Covid-19 pandemic – which made the transfer of physical documents all but impossible – less than a handful of small economies have adopted the model law, which gives electronic documents and signatures the same legal standing as their paper-based counterparts.

“Global merchandise trade seems to be the one area of the economy immune to the rapid digitisation effected by the pandemic,” says John Denton, ICC secretary general. “Yet this is one type of immunity we cannot afford to be lasting, which is why we are so glad to see support at the ministerial level for the legal reforms necessary to enable trade digitisation at scale.”

The new commitment from the G7 – which represents 33% of the world’s economic output – looks set to provide a long overdue pathway to overturn barriers to trade digitisation, and make trade easier, safer and cheaper for all.

Far from empty words, the G7 ministerial declaration lays out a series of action points that each government has committed to. By October this year, all members have agreed to map domestic legal barriers to the use of electronic transferable records and establish actions to address these barriers, consider any further legal issues that may require international collaboration, review regulatory issues which may impede private sector adoption of electronic transferable records, and establish actions for co-operation.

“This is a transformational step forward for global trade,” Chris Southworth, secretary general of the ICC’s UK chapter, tells GTR. “I really think that we will look back and say that this was the breakthrough year after chipping away for quite a number of years.”

Southworth has been lobbying the UK government for some time for the reform of two key pieces of legislation – the 1882 Bills of Exchange Act and the 1992 Carriage of Goods by Sea Act – to enable paperless trade.

“Ultimately, what we are trying to do here is create a global trading system that is simpler and easier to navigate, that costs less to participate, and that is more inclusive, so we get more companies participating in the system. The way we do that is through legal reform to harmonise our legal systems and by establishing interoperable industry standards to join up all the fragmented systems across digital trade,” he says.

His efforts have now borne fruit, and following on from the G7 declaration, the UK’s Department for Digital, Culture, Media and Sport has taken on the challenge of creating an enabling legal framework for electronic negotiable instruments.

The UK Law Commission has now launched a consultation on its provisional proposals for law reform to allow for electronic trade documents to be “possessed” – that is, for them to be treated as documents of title – provided they satisfy certain criteria. The trade documents covered by the proposed legal reform include bills of lading, bills of exchange, promissory notes, ship’s delivery orders, warehouse receipts, marine insurance policies, cargo insurance certificates and warehouse receipts.

The savings that can be gained by effectively digitising all of these trade documents are enormous. According to research carried out by the ICC and Coriolis Technologies, digitising transferrable documents in the UK alone will generate £25bn in new economic growth, boost SME trade by 25% by 2024, and free up £224bn in efficiency savings – £171bn of this coming from bills of lading alone.

The consultation period will last until July 30, after which time it is expected that the proposal will become law.

“The UK is the first big economy to actually make this happen. I am confident by the end of the year the G7 governments will all be on board,” says Southworth.

The strength of the commitment from the G7 ministerial group and the progress already underway in the UK indicate that the international legal framework for global trade is likely to change quickly, and businesses must act accordingly, Southworth tells GTR.

“Industry now have 12 to 18 months to prepare, because once those legal barriers are removed, the market is going to move extremely quickly because as the business case sets out, the economic driver is enormous,” he says. “The banks, insurers and others will likely move fast to capitalise on the efficiency gains and the technology providers who are already in the market will swoop in as well, so if companies are not prepared, they are going to get left behind, and those that have prepared are going to have a huge competitive advantage and be able to sweep away all the bureaucracy and costs that are dragging on everyone’s businesses.”

The ICC is now focusing its efforts on scaling the initiative up through the B20 and the Commonwealth as well. “This is the tipping point,” says Southworth. “These are real tangible commitments from governments that will transform trade as we know it and drag the trading system into the 21st century.