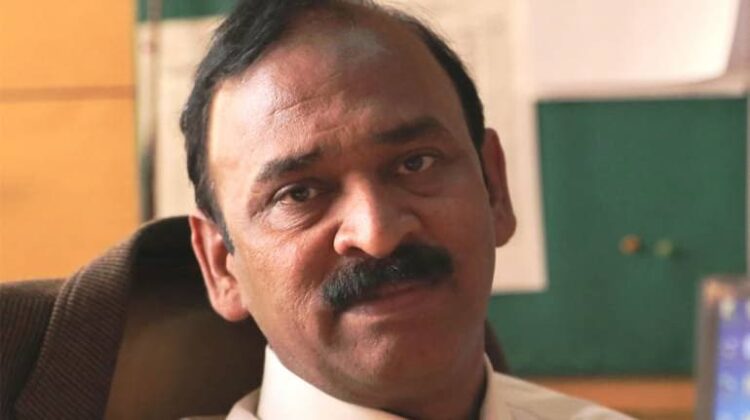 NEW DELHI : India’s exports are set to go up, supported by a continuous rise in commodity prices and opening of key markets in the United States and United Kingdom. But as profitability shrinks and pending refunds mount, the fortunes of the sector remain tied to how long the current wave of the pandemic continues in India.

India’s exports are expected to reach stable ground by June as lockdowns are lifted across the northern and western parts of the country, says Mr. Ajay Sahai, Director General of the Federation of Indian Export Organisations (FIEO), in an exclusive interview with Money Control.

Export growth had been explosive in the previous months of March (63 percent) and April (193 percent), but that flourish came at the back of a very low base. Even if growth wanes in the coming months, whether real expansion can be achieved will depend on a set of key factors with regards to the coronavirus pandemic, Sahai points out.

Exporters, especially in the Micro, Small and Medium Enterprises (MSME) category, are also facing a liquidity crisis as more than Rs 31,000 crore worth of export incentives promised under central schemes, remain unpaid stretching back to the 2019-20 financial year.

Edited excerpts of the interview:

What is the outlook for export growth in the first part of the current financial year?

The positive thing is that exporters are flush with orders. Even if there is an occasional dip in exports – say in May – I think things will bounce back soon. Internationally, India’s major export markets, including the United States and the United Kingdom, are now opening, having vaccinated a large part of their population. As a result, the demand for lifestyle products are expected to go up and the labour-intensive sectors, which are now facing a challenge, will also revive.

North and western India is soon expected to reopen, phase wise, after their lockdowns. The situation in south and east India may take a little more time to normalise. By the end of June, we will be in a much more comfortable position since we believe that the number of daily COVID-cases has peaked nationally, even though some states are yet to reach that level.

How much of this assessment is based on the hope that the current surge in commodity prices will continue?

Commodity prices have already given exports an edge of 10-15 percent. India’s agriculture commodities are expected to continue performing well. Food consumption is going up across the world due to lockdowns as people remain confined to their homes. But supply may be uneven as the agriculture sector in most of Africa is not in good shape this year. Similarly, the sugarcane crop in Brazil has not performed well. So, I don’t see an overall softening in agriculture prices.

Due to disruption of supply chains or disruption in manufacturing, metal prices also remain high. The existing growth in prices of raw materials is expected to either pick up or continue at these levels. So, this support to Indian exports will continue for some more time.

What are the challenges to exports in the short term?

Though we have seen a spurt in cases in April, we didn’t see a stringent lockdown in most states. But now, we are beginning to see much stricter lockdowns. Yesterday, Tamil Nadu stopped all manufacturing other than essential products and manufacturing involving continuous processes. The list now includes West Bengal, Delhi, Karnataka, and Haryana. In these major states, if manufacturing is not happening, it’s bound to have some impact.

Secondly, northern states, which rely on workers from east India, are facing a labour shortage. COVID cases have appeared in the villages and concerned workers have left to visit their families. For example, industries in Punjab say there is a worker shortage of 30-40 percent.

Thirdly, in a pandemic where most people continue to work from home, there’s bound to be an impact on logistics and related services. All these factors combined can prove to be adverse for any export growth. In addition, the profitability in exports has gone down, as raw material costs have gone up. Also, trade costs have risen significantly in the last two months.

Which is the sector to watch this year?

I am keenly watching the performance of the sunrise sectors, especially electronics. Significant investment has come into this sector due to the Performance Linked Incentive Schemes. The support needed has been given and the gestation period is not that long. These are the sectors in which global trade is increasing in leaps and bounds.

Global trade in electronics is about $2.9 trillion, or 15 percent of all world trade. India has had a compounded annual growth rate (CAGR) of 14 percent in the last five years in electronics exports. Despite that, the country’s share of the global electronics trade is just 1 percent! So, if production capabilities can be augmented, the available markets can be seized. We had initially seen mobile phones manufactured in India exported to South East Asia, while they are now being exported to Europe.

What is the state of pending tax refunds that exporters are yet to get from the government?

A large amount of refunds from the Merchandise Exports from India Scheme (MEIS) scheme has not been settled for 2019-20. Even if we consider that a third of the Rs 35,000 crore worth of refunds are pending, it comes to an estimated Rs 12,000 crores. MEIS refunds for the entirety of 2020-21 is pending. As per the government estimate, it is Rs 8,000 crore.

We are now almost at the end of May, so refunds under the RoDTEP (Remission of Duties and Taxes on Export Products) scheme are pending for five months. If you have a Rs 13,000 crore limit for RoDTEP, which I think is a bit conservative, then the pending refunds for the scheme would come to an estimated Rs 6,000 crore. Tax refunds for services exporters are also pending since 2019-20, estimated at under Rs 5,000 Crore. So, put together, refunds worth about Rs 31,000 crores are pending.

Has the government indicated any movement with regards to the clearance?

The government has launched a drawback and GST clearance drive from May 15 to May 31. It’s a welcome move but most of the states right now are in some form of lockdown. If people are not allowed to even move out of their houses, how can we expect them to approach customs and submit documents? We have written to the Chairman Central Board of Indirect Taxes and Customs (CBIC), to extend the drive for a month or so.Also, many cases with regards to GST and drawbacks remain unfinished owing to the issue of risky exporters still pending. We have requested the authorities to expedite the matter since in many cases, the field formations have already done their inspections and provided their reports.