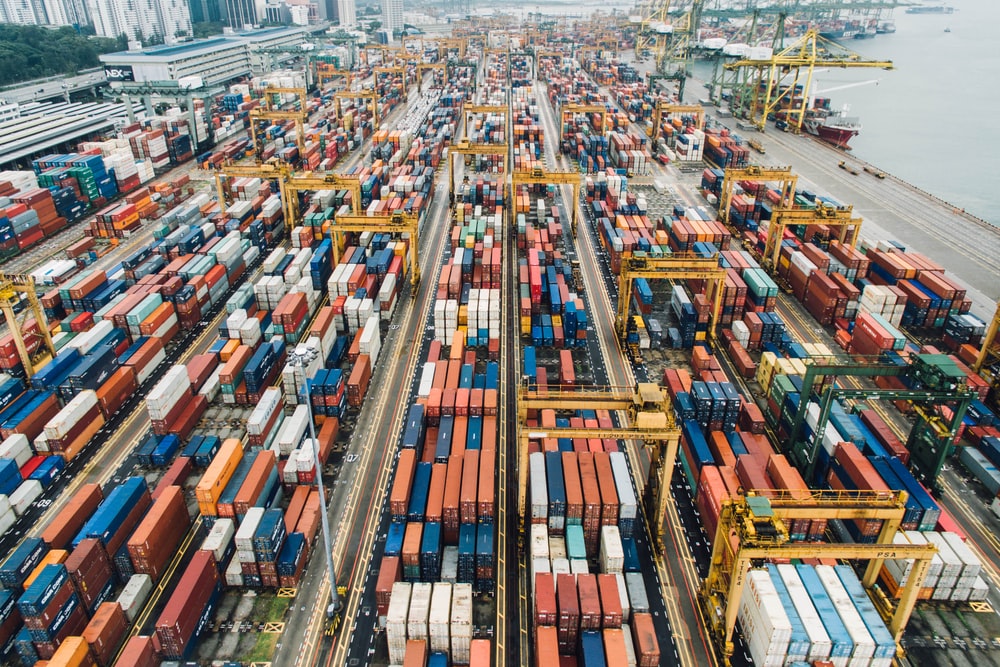 NEW DELHI : While the government has finally announced the tax refund rates for the much awaited Remission of Duties and Taxes on Exported Products (RoDTEP) scheme, exporters say the incentives are way below their expectations. Exactly two years after it was announced, and after missing several deadlines, the RoDTEP export promotion scheme has finally been fully launched. On August 13, the Commerce Department announced the much awaited new export refund rates under RoDTEP.

But exporters say the many products have been left outside the ambit of the scheme, the rates announced are too small and that and some confusion still persists regarding the functioning of the scheme.Exporters would be given tax rebates, in the range of 0.5-4.3 percent. The rebate would be claimed as a percentage of the Freight on Board value of exports. The government has clarified that rebate on certain products will also be subject to value cap per unit of the exported product.

The Federation of Indian Export Organizations (FIEO) has pleaded the government to immediately extend RoDTEP coverage to various sectors such as pharma, organic & inorganic chemicals, article of iron & steel and iron & steel with effect from 1 January, 2021.

Explaining about the low rates announced for many sectors, FIEO President A Sakthivel said that since the rates are fixed on the basis of the data furnished by the industry, which was also affected due to the pandemic, the rates may be reviewed if more comprehensive and updated data is furnished by the industry.  There is a provision for an annual review of the rates factoring the changes in the taxes & duties in respect of parameters based on which such rates are fixed.

“Hailing the decision of the Government to extend the RoDTEP coverage to Advance Authorisation/DFIA holders, EOU and SEZ units from a date to be notified later, President FIEO urged the government to also extend them the benefits from 1 January, 2021,” FIEO said.

FIEO has however said the much-awaited rates will help in easing the liquidity of the exporters, ensuring predictability and stability thus helping competitiveness of exports over a long-time horizon.

“While it is a relief that the RoDTEP rates have been announced, the rates have not taken into account the taxes embedded in their raw-material like steel in the engineering products in a large number of cases. This is evident from the fact that the rates of major steel items and products made of steel have not been announced,” said Engineering Exports Promotion Council India Chairman Mahesh Desai.

He noted that RoDTEP rates, therefore, only partially compensate for the un-rebated taxes while a huge portion of the taxes on the raw-material stage will be exported abroad.

Most exporters have pointed out that the reimbursement of embedded duty in export items was much needed as it will help the exporters to secure more orders from overseas. “Given that the world market has almost re-opened to great extent, the engineering goods sector needs full policy support to achieve its target of $107 billion set for FY22,” EEPC has said. Engineering goods make up about a quarter of all exports and competes with processed petroleum to be the largest foreign exchange earning sector.

Overall, the Government appears to have done a fair job of allocating the benefit to a large sector of industry given the budgetary constraint, Sanjay Aggarwal, President, PHD Chamber of Commerce and Industry said.

However, he added that more was needed. “We hope that in future these rates will be revised to reflect the actual duty and taxes suffered by the industry and more and more sectors would be covered along with exports made under Duty Exemption Schemes, EOUs, SEZs, bonded warehouses etc. who all suffer the hidden and unutilized duties,” he said.

Some experts also point out that the rates have been guided by the size of the allocation and not the sectoral concerns. “It appears that the budgetary allocation played a major role in deciding the rates, as opposed to actual component of non-creditable taxes. The RoDTEP benefit not being granted to large sectors and categories will have adverse impact on competitiveness of Indian exports and will send negative sentiment amongst the exporters,” Rohit Jain, Senior Partner, Economic Laws Practice said.

The government had decided to discontinue the Merchandise Exports from India Scheme (MEIS) – previously its largest export promotion scheme-after the World Trade Organization said it distorted trade by providing direct subsidies. The organization, in November 2019, ruled against India in its trade dispute with the US and asked it to stop all export promotion schemes within four months.

Back then, FIEO had said that the sudden axing of the scheme would spell disaster for exporters, who had already factored scheme benefits into their cost outlay for the current financial year.

The CII had batted for increasing MEIS rates for all products by 2 per cent, for a period of six months, up to December 31, 2019, arguing that greater support was needed to the industry. “India’s working capital cycle is elongated owing to various factors, necessitating higher credit requirements, which add to costs of exports,” it said.

Since then, economic uncertainty has grown by leaps and bounds for micro, small and medium scale businesses as the Covid pandemic has hit over successive waves.“The move of extending the RoDTEP Scheme with effect from 1 January 2021 for different sectors at the different rates of 0.5 percent, 2.5 percent and 4 percent, will allow traders to take advantage of the global tailwinds,” CII Director General Chandrajit Banerjee said after the rates were revealed. Going forward, this Scheme will make the Indian exporters more cost-competitive and create a level playing field for them in the international market, he added.