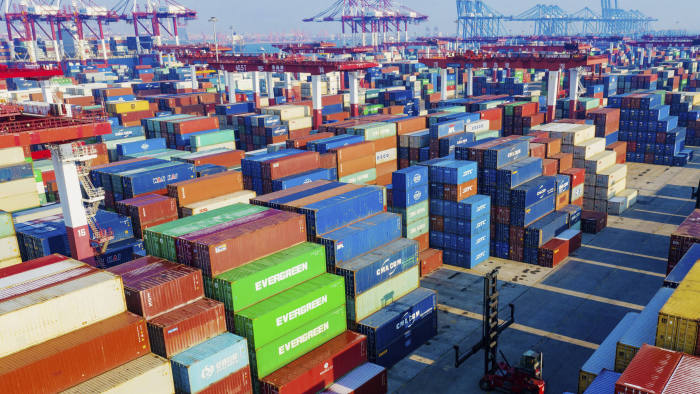 What is noteworthy is that these stupendous increases have in the middle of the COVID-19 pandemic. Global trade has been impacted directly by the pandemic, as well as due to derivative issues like delays and capacity constraints in the shipping industry. And yet, the Indian exports have not just turned a corner, but have shown remarkable strength in a host of sectors. Agriculture, engineering goods, gems and jewelry, petroleum products and textiles – the numbers have been strong in each of these areas this financial year.

It is not just export bounce-back and upward trajectory. It is also the year for India’s promising technology sector to shine. The first half of this year has seen fresh investments of $11 billion in Indian start-ups. Twenty unicorns – firms with a valuation of more than $1 billion – have flown in the Indian entrepreneurship skies already this year. And these encouraging numbers have come in at a time when the all-pervasive Chinese capital took a break from the Indian markets after investment restrictions were imposed after the Galwan Valley incident in the summer of 2020.

The Indian start-up ecosystem is now the third-largest in the world. The number of start-ups recognised by the Department of Promotion of Industry and Internal Trade has crossed 50,000 and is spread across 623 districts in India. Nearly 1.8 lakh formal jobs have been created by 16,000 start-ups which were recognised in the last financial year. Several times more indirect jobs get created with a formalisation of jobs being created as well as aggregated by the start-up ecosystem.

Once these startups achieve scale, they will be the fuel to power India’s growth trajectory. They are the lynchpins of tomorrow’s business ecosystem. That several of them have started to consider listing in India is an additional positive. Many of these listed start-ups will eventually create wealth for not just their founders but for their employees and retail investors alike.

Indian start-ups have indeed become a magnet for global investors. But more broadly, the Foreign Direct Investment (FDI) has also been buoyant. FDI is critical for business growth as well as for achieving export competitiveness. By liberalizing the FDI policy in several sectors and improving ease of doing business, India has been able to garner historic Inflows.

The highest ever FDI inflow of $82 billion was clocked in the last financial year. This was 10 percent more than the 2019-20 figure. The positive momentum on FDI has also continued this financial year. The month of May saw $10.5 billion coming in. Again, these figures become doubly critical in the context of the pandemic-led disruptions.

With India focusing on the Production Linked Incentives (PLI) programme for 13 key sectors for five years, this trifecta of forces – Indian entrepreneurship, risk capital and potential for rapid market expansion can further come together in the time to come. The government has made an outlay of Rs 1.97 lakh crore for the PLI program to enhance cost-competitiveness, quality, efficiency and technological maturity of Indian manufacturing and for creating and nurturing global champions.

Prime Minister Shri Narendra Modi had announced the Aatmanirbhar Bharat ambition in the middle of last year as India sought to rebuild the economy after the first wave of the pandemic. The program, expected to reinvigorate the country, after a once in a century crisis with no playbook to tackle, has started in the right earnest. After a series of discussions with the industry captains on Aatmanirbhar Bharat last year, Modi spoke to Indian missions, which can play a pivotal role in attracting capital and projects for India.

Trade and Industry have the power to write the growth story of a nation. As the world learns to live with the virus, India has a key role to play in the global order as a reliable and trusted partner. The Tridevs of the economy – exports, FDI and start-ups – have sent a resounding signal of India’s potential and promise to the world.

The author is Counsellor-Designate to India’s Permanent Mission to the World Trade Organization at Geneva. He writes on public policy. All views expressed are personal