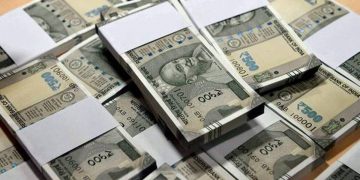 NEW DELHI : Merchandise exports shrugged off the Covid impact to surge by 48% in June from a year before, while imports staged a smart rebound with a 98% jump, signalling a recovery in both external and internal demands even though the growth was aided by favourable base effect.

At $32.5 billion, exports also recorded a 30% jump from the pre-pandemic level (June 2019). In fact, goods exports have now crossed the pre-Covid level for four straight months.

Imports rose to $41.9 billion in June, reflecting a marginal 2% rise from the level witnessed in the same month of 2019. However, given the demand compression in the economy in the wake of the Covid-19 outbreak, even the modest growth in imports assumes significance, trade analysts say. This will also help import-sensitive export industries.

Thanks to enhanced imports, trade deficit rose to $9.4 billion in June from $6.3 billion in the previous month.

Importantly, core exports (excluding petroleum and gems and jewellery) climbed up by 39% in June from a year before and 33% from the June 2019 level. Core imports rose 94% year-on-year and by 11% from June 2019. This suggests trade growth in June was impressive in light of the crisis, even excluding the impact of costlier oil.

The goods exports in the June quarter hit a record $95 billion, up 86% from a year earlier and 18% from the same quarter in FY20. However, given that export growth was low even before the pandemic struck – outbound shipments rose about 9% in 2018-19 but again shrank by 5% in 2019-20, only a sustained uptick over the next few years would help the country recapture some of its lost shares in the global market.

The provisional export data, released on Thursday, shows a slightly higher rise in exports in June from the 47% estimated earlier this month.

The phenomenal growth in trade, albeit supported by favourable base effects (exports were down by 36% and imports by almost 51% in May 2020), also suggests the supply side is able to respond better to a pick-up in demand from key markets. Of course, base effect will continue to aid trade growth in the coming months as well.