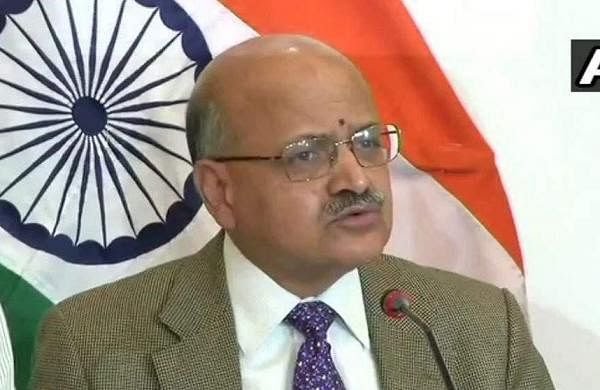 NEW DELHI : The country’s merchandise exports are expected to touch USD 1 trillion by 2027-28 and the government has laid down a road map, including district as an export hub scheme, to achieve that number, Commerce Secretary BVR Subrahmanyam said .

This fiscal, the commerce ministry is aiming at USD 419 billion of exports and for that a detailed analysis has been carried out and the target was disaggregated at the level of country, commodity, region, and states across 31 commodity groups.

The secretary said that Indian exports have been roughly fluctuating between USD 290 billion and USD 330 billion for the last 10 years. “We have actually laid down a roadmap on how we hit USD 500 billion in merchandise exports and when we hit a trillion dollar exports. Our guess is that, by 2027-28, very very modest estimates, we should touch USD 1 trillion figure in exports of merchandise,” Subrahmanyam said at the CII’s Annual Meeting 2021.

He also said that work is underway for the services sector as well and the target is to take these exports to USD 700 billion in 2027-28. The services exports’ sector has “no mother, and they are an orphan in many ways” as it is distributed among 30 different departments of the government, he said, adding, “We are going to start an exercise. We export about USD 200 billion services every year. The target is actually to hit about USD 700 billion by 2027-28.”

Similarly, the Rebate of State and Central Taxes and Levies (RoSCTL) scheme for textiles will be notified “today or tomorrow” and this would give a big boost to exports.

“We are coming up with a scheme called district as an export hub. If you take 700 districts in the country, the scheme will actually work in a challenge mode. We will ask districts to compete with each other and about 100-150 districts will be funded well to develop quality export infrastructure,” he added.

The secretary stated that a substantial amount of money would be put in these districts, which would be anywhere between Rs 50-100 crore for one district. “We also intend to set up a market intelligence network…We are going to launch a brand India campaign a bit later in the year,” he said.

About market intelligence, he said that the export target has been given to 140 Indian embassies and 60 consulates and they would help in providing information like export opportunities in their countries. For the market intelligence network, a Goods and Services Tax Network (GSTN) kind of set up will be developed where exporters would get real time information.

For special economic zones, he said as these zones account for 30 per cent of India’s total exports, some simplification is required for them, and by the end of August, “we will be doing a couple of things” for SEZs.

“There is a lot of space in SEZ which is free. We are going to ease up the process for denotification of that land. As long as you use that land for industrial purposes, we will allow SEZs land to be hived off,” he said.

Further he said that another area which is being looked upon by the ministry includes denotification of an idle space.

If a company has a building for IT sector and half the building is used and remaining is vacant, “how do you denotify that half building from being an SEZ”, he said adding, “We have 10 crore sq feet of space idle in built up accommodation in SEZ across the country. If we can actually denotify that space, you can bring that 10 crore sq feet into play for any kind of use. We will probably be able to do that very soon”.

On the new foreign trade policy (FTP), the secretary informed that it will have a lot of new features and probably few new schemes for promoting exports such as districts as an export hub scheme. “By the end of August, we will have a new FTP ready,” he said.

He also said that the ministry is working on an “aspirational destination and aspirational products programme”, where about 75 products would be picked up for exports to 75 destinations like New York, London, and Tokyo, so that India can become a world leader in some of those items.

The ministry is developing a dashboard which will tell how the country is doing in export performance — country and commodity wise. “We will monitor our performance on hard numbers,” he said.

He also expressed concerns over massive withdrawals of export incentives at a time when exports are static. “That is something which worries the government. How are incentives getting drawn at three times over 5 years when exports are roughly constant. Any incentive should lead to better performance…You will see the effects very soon,” he added.