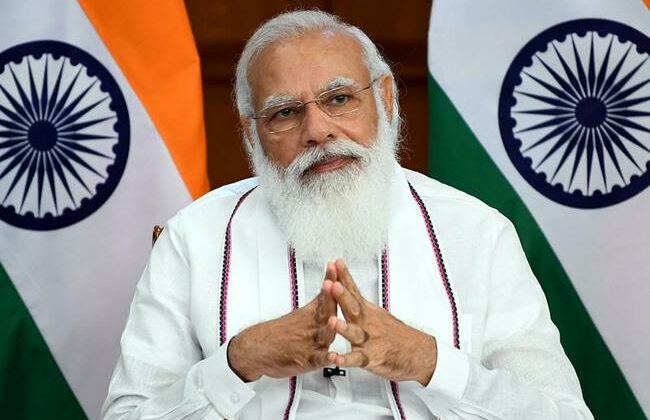 NEW DELHI : Prime Minister Shri Narendra Modi will virtually address the Investor Summit in Gujarat at 11am on Friday, August 13, according to a press release issued by the Prime Minister’s Office (PMO) earlier this week. The summit is being jointly organised by the Union ministry of road transport and highways and the state government to attract investment opportunities in setting up vehicle scrapping infrastructure in the state under the Voluntary Vehicle-Fleet Modernisation Program or the Vehicle Scrapping Policy.

The Vehicle Scrapping Policy is aimed at creating an eco-system for phasing out unfit and polluting vehicles in an environmentally friendly and safe manner.

The Investor Summit in Gujarat in Gandhinagar also intends to draw focus on the investment opportunities presented by the ship-breaking industry at Alang, which is eyeing the development of an integrated scrapping hub.

The Vehicle Scrapping Policy is aimed at creating an eco-system for phasing out unfit and polluting vehicles in an environmentally friendly and safe manner. The policy intends to create scrapping infrastructure in the form of Automated Testing Stations and Registered Vehicle Scrapping Facilities across the country.

The government expects wide participation from potential investors, industry experts, and concerned central and state government ministries at the summit. Nitin Gadkari, the Union minister for road transport and highways, is also expected to be present at the event along with PM Modi and Gujarat chief minister Shri Vijay Rupani.

In March this year, Gadkari announced the Vehicle Scrapping Policy while making a suo motu statement in the Lok Sabha. Pointing out that older vehicles pollute the environment 10 to 12 times more than new ones and also pose a greater risk to road safety, the Union minister proposed the Voluntary Vehicle-Fleet Modernisation Program or the Vehicle Scrapping Policy, which aims to reduce the population of old and defective vehicles on the road in the interest of pedestrian safety and a clean environment.

he Vehicle Scrapping Policy also aims to achieve a reduction in vehicular air pollutants, thus paving the road for India to fulfill its climate commitments, improve road and vehicular safety and achieve better fuel efficiency. With sufficient investment, the Vehicle Scrapping Policy is expected to formalise the vehicle scrapping industry, which is largely informal as of now, and boost the availability of low-cost raw materials for the automotive, steel, and electronics industries in return.