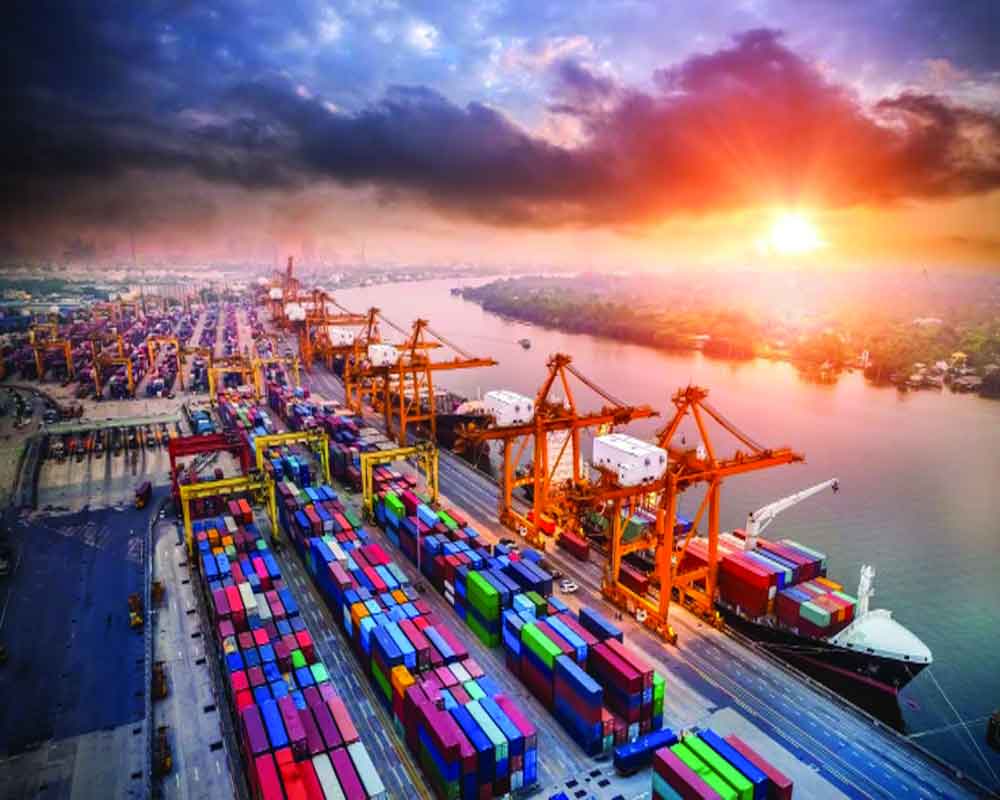 There is no large container transhipment port in India and all international container cargo has to go to Colombo, Singapore and Port Klang in Malaysia.

Union Minister of State for Port and Shipping Shri Shantanu Thakur paid a visit to Andaman and Nicobar Island recently to preview development activities planned for the islanders with port-related infrastructure.

P L Haranadh said, “The government is planning to build a container transhipment port at the southernmost tip of Andaman and Nicobar Islands at Galathea Bay. SMPK will float an EoI from interested investors by the end of January.” The transhipment port would enable big ships to anchor and raise India’s share in maritime trade, create new job opportunities and save a lot of forex, officials stated.

“The EoI will help us seek their feedback from global port operators, maritime service majors and shipping liners. After this process, a detailed Detailed Project report will be prepared for the project for seeking bids,” P L Haranadh told reporters after a stakeholders meeting.

SMPK Deputy Chairman A K Mehra said a draft project was sent to the Centre for approval and once that comes, EoI will be floated.

In the first phase, the length of the jetty will be 1.6 kilometres and will have a capacity of 4.3 million TeUs (Tonne equivalent) containers. Later, it would be ramped up to 16 million TeUs over the years.

India has an International Container Transhipment Terminal at Kochi in Kerala but it has not taken off as expected, Mehra said adding that its scale is much lower than the proposed port in the Nicobar Islands.

Asked whether SMPK will be the executing agency for the project, officials stated that now the port has been asked to float the EoI, prepare a detailed project report and seek requests for proposals.

The natural depth available at Galathea Bay will be 20 meters. It will offer two geographical advantages — proximity to the busy east-west international shipping route that can facilitate shorter transits and greater economies of scale, along with deep natural water depths that can accommodate the latest generation of mega-ships.

The ambitious development plan for Great Nicobar Islands by NITI Aayog, which includes an airport, a port, a rapid transport system, and a trade complex, may see an overall investment of ₹ 40,000 crore, Haranadh said.

Galathea Bay lies at the southernmost tip of Indian territory and is the nesting place for Leatherbacks, the world’s largest sea turtles, on its shores.

According to reports, in January 2021, the National Board for Wildlife (NBWL), denotified the entire Galathea Bay Wildlife Sanctuary to remove environmental hurdles for the construction of a transhipment port.

Meanwhile, Thakur said projects in SMPK valued at ₹ 900 crore are under implementation and others worth another ₹ 3,300 crore are in the final stage of tendering.

The Haldia multi-modal terminal being implemented by the Inland Waterways Authority of India will be inaugurated on Friday. It will boost cargo movement through inland waterways to the northeastern region and Bangladesh from Haldia port which is under SMPK.