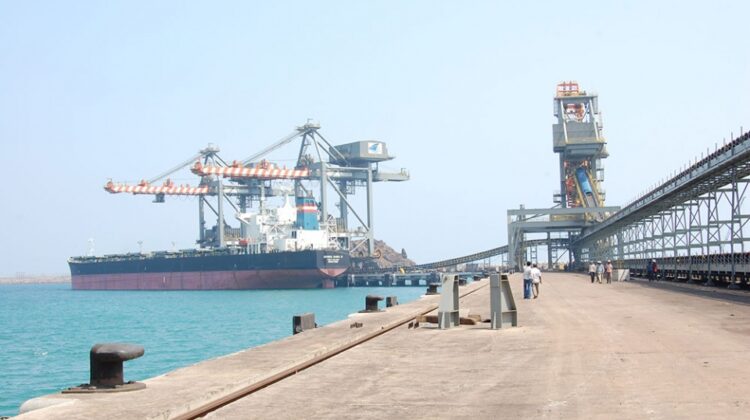 VISAKHAPATNAM : Adani Ports and Special Economic Zone (APSEZ) commences work on opening a container terminal at Gangavaram port, days after it acquired the port in a ₹6,200 crore deal.

The 330-metre-long Berth No. 9 at Gangavaram is being converted into a container terminal, which is expected to be operational by the middle of 2022, multiple sources said.

Cargo handling equipment has been ordered and APSEZ is currently building the back-up infrastructure to store containers. Gangavaram already has rail and road connectivity for evacuation of cargo.

The start of container handling operations at Gangavaram will trigger competition in the region, where the only other facility is the Visakha Container Terminal Pvt Ltd (VCTPL) run by JM Baxi Group at Visakhapatnam Port Trust. VCTPL is currently undergoing expansion to raise capacity to 1.5 million twenty-foot equivalent units (TEUs) from 0.55 million TEUs.

Container cargo at Visakhapatnam Port Trust has been growing at about 4-5 per cent a year. The organic growth in container volumes at Vizag has been subdued, particularly after the pandemic. In FY21, VCTPL handled 4,81,000 twenty-foot equivalent units (TEUs), the standard size of a container, from 5,04,000 TEUs in FY20.

Between April and August this year, VCTPL handled 215,000 TEUs as against 197,000 TEUs during the same period last year.

Shipping industry executives say that the short berth length of 330 metres will hamper Gangavaram’s ability to handle more than one ship at a time.

However, APSEZ reckons that from the existing berth length and water depth, Gangavaram will be able to handle the current volumes in the region. The berth No. 9 can be extended as demand grows, a source said.

APSEZ’s move to hasten the start of container operations at Gangavaram follows a steep decline in container cargo at its Krishnapatnam Port due to the on-going “market imbalance”, a shipping industry official said.

Some of the top container ports globally, particularly in the US and China have been hit by congestion and the trade have also suffered from equipment shortages and lack of space on ships, forcing lines to reschedule their voyages.

“Container volumes at Krishnapatnam have declined drastically due to heavy demand for ships on the China to the United States and Europe trade. As a result, some lines have discontinued services at Krishnapatnam and diverted ships to other lucrative trade lanes,” the industry official said.

APSEZ is currently relying more on bulk and break-bulk cargo at Krishnapatnam, while bolstering the container handling facilities in the Chennai region — the catchment area for containers — where it runs two facilities.