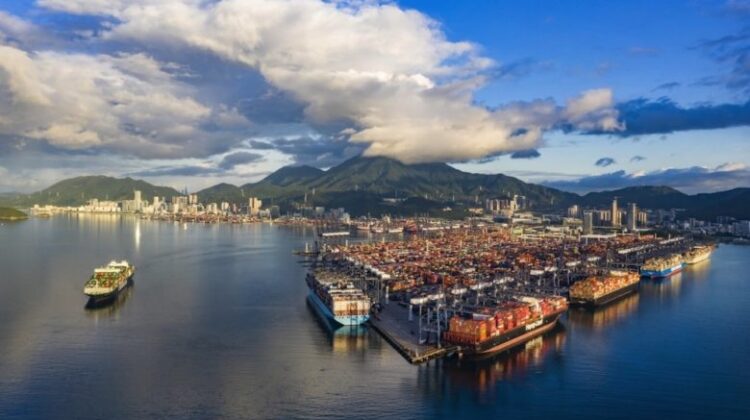 SINGAPORE : The port congestion pandemic has stretched around the globe with ever greater numbers of containerships idling, waiting for berth spaces to open up across five continents.

As of 3.20 pm Singapore time today, there were 328 ships idling in front of ports around the world with 116 ports reporting challenges, such as congestion.

Data from the same provider a month ago showed 304 ships idling in front of ports and 101 ports reporting disruption.

Among key noticeable changes over the past month as the backlog from Yantian in south China rolled out are the doubling of ships waiting outside Asian transhipment giant Singapore as well as the twin ports of Los Angeles and Long Beach, America’s two largest maritime gateways.

Yantian Port was hit by a Covid-19 outbreak in late May resulting in much of the port stopping work for four weeks. Rampant Covid cases have also seen many other port areas come under huge strain in recent weeks. For instance,  on the growing queue of ships waiting to call in southern Vietnam, a region placed under lockdown .

“If the recent disruption at Yantian Port is to be considered, port congestions, logjams and a higher freight as an outcome could be a recurring theme until 1H22. While the blockage of the Suez Canal is a rare likelihood, the risk that further outbreaks of Covid close to major hub ports remain ever-present, particularly given the prevalence of new viral variants,” consultants Drewry warned in a recent report.

Data published from Clarkson Research Services shows that the share of total containership capacity in port has increased from an average of 29.2% for the period of 2016 to 19 to 31.8% since the start of 2020 and stood at 33% as of April this year. The extra 0.6m tea or 2.5% of fleet capacity absorbed is equivalent to the entire fleet of Yang Ming, the world’s ninth largest liner.

Lars Jensen, founder of container consultancy Vespucci Maritime, estimated earlier this month that as much as 10% of the world’s shipping capacity has been taken out due to port congestion issues.

Through to May this year the time containerships spent waiting on anchor for berths more than doubled since 2019, according to IHS Markit’s port performance data. North America saw the biggest deterioration with vessels spending on average 33 hours on anchor in May 2021 versus an average of just eight hours in May 2019. Data for June and July is not yet available, but is likely to show a worsening situation when it is published on the back of the Yantian fallout and many rail issues in North America and Europe.

“It is concerning to see the situation not yet improving,” Turloch Mooney, associate director, maritime and trade at IHS Markit, told Splash. “Schedule reliability is still way down on pre-pandemic levels.  Taken together with very high growth in call sizes, many terminal yards at full capacity, and continuing problems with repositioning of equipment, it is difficult to see a meaningful improvement in the situation in the near-term.”