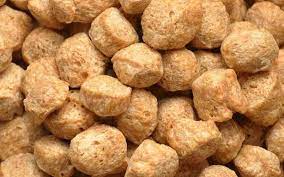 NEW DELHI : Is the government getting ready to take a call on import of feed material from a genetically modified (GM) source? Recent inter-ministry communication points to strong indication that a decision is likely to be made soon on import of soyabean meal for meeting the current feed shortage in the country.

The Poultry Breeders Association has made a strong pitch for allowing immediate import of 15 lakh tonnes of soyabean meal to meet the shortage of the raw material (soybean) in the country.

On July 31, Mr. Parshottam Rupala, Minister in the newly created Ministry of Fisheries, Animal Husbandry and Dairying forwarded a representation from the Poultry Breeders Association to Mr. Bhupender Yadav, Union Minister of Environment, Forest and Climate Change. In his covering letter to the Environment Minister Yadav, Minister Rupala has requested for appropriate action in the matter. This communication should be seen in context.

Import of any GM material is governed by the Environment Protection Act 1985. GM import proposals are examined by Genetic Engineering Appraisal Committee (GEAC) under the Environment Ministry for making a recommendation to either accept or reject the proposal. Although GEAC is supposed to meet every month, its meetings have been rather irregular. In recent years, only two or three meetings a year have been held. The last meeting was held in June this year. It is unclear if the GEAC would meet in August to consider the proposal for import of soymeal. Minister Rupala has written a similar mail to Minister for Consumer Affairs, Food and Public Distribution, Mr Piyush Goyal, for appropriate action.

It is also learnt that at a meeting on August 5, the Minister of State for Commerce informed a group of poultry industry representatives that a letter from the Environment Minister was expected to be received soon. Clearly, Environment Ministry comes into the picture only in case of GM import and not otherwise.

So, the soyabean meal import scene is now sizzling. Hectic negotiations are going on between trading houses in exporting countries and Indian importers. In the US, soymeal is available at around $550 a tonne, while domestic prices in India are more than twice the rate. There is clear import parity.

Soyabean meal is a key feed material for fish, shrimp, cattle, dairy and poultry farmers. Shortage in feed availability has resulted in a surge in soymeal prices that is hurting livestock farmers, the industry has claimed.

The next crop of soyabean will be harvested mid-September onwards. Questions are now being raised about the correctness of a record 134 lakh tonnes soybean production estimate for 2020-21 released by the Ministry of Agriculture on May 25. Supply tightness and escalating market prices suggest the government’s output estimate is divorced from market reality.