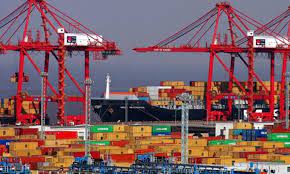 Royalty to be paid by the private terminal operator to the port authority is based on the actual volumes handled in a year or on the MGC, whichever is higher

MUMBAI : Private investors have decried the Government’s decision to retain the minimum guaranteed cargo (MGC) clause in the revised model concession agreement for private participation in cargo handling projects at major ports, despite calls to dispense with it.

“The first concern we have as a bidder is there should be no minimum guaranteed cargo. The ministry of ports, shipping and waterways has retained this condition in the revised model concession pact. This is a draconian clause,” said the chief executive of a port company, operating terminals at major ports.

The MGC clause assumes significance because the royalty to be paid by the private terminal operator to the port authority is based on the actual volumes handled in a year or on the MGC, whichever is higher. The port authority can terminate the contract if the MGC is not met for three consecutive years.

During the inter-ministerial consultations on revising the model concession pact, a proposal was mooted to give freedom to private terminal operators to indicate the minimum guaranteed cargo they will handle in a year while placing bids instead of the port authorities setting this target.

This proposal was vetoed by NITI Aayog, officials briefed on the discussions said.

Instead, based on suggestions by NITI Aayog, the ministry has in a Guiding Note to the MCA, asked the major ports to elicit bidders’ views on MGC while preparing the draft concession agreement (DCA) for individual projects.

“A port may consider providing MGC in the project’s draft concession agreement only where there is a strong possibility of project operations being sabotaged in cases where the same concessionaire is operating multiple berths in the same port or in a neighbouring port,” the Guiding Note said.

The MGC stipulation is considered “onerous as the flow of traffic or the movement of cargo is seldom within the control of the terminal operator”.

Besides, the MGC clause is skewed in favour of the major ports as it allows them to partake in the increase in royalty receipts from higher volumes handled by the terminal operator on actual basis but does not provide for the authority to share the risk of low volumes and the resultant lower royalty. This is because the royalty has to be paid on the actual volumes handled or on MGC, whichever is higher.

“A terminal operator cannot control or influence export-import trade flows. We are a transit facility, handling only whatever comes to us. How can a private terminal operator guarantee MGC,” the CEO mentioned earlier said.

While the Centre is seeking to bring major ports and non-major ports (developed by the coastal states with private funds) on par, including allowing the former to set rates based on market forces as enjoyed by the latter, the concessions for non-major ports does not incorporate a MGC clause.