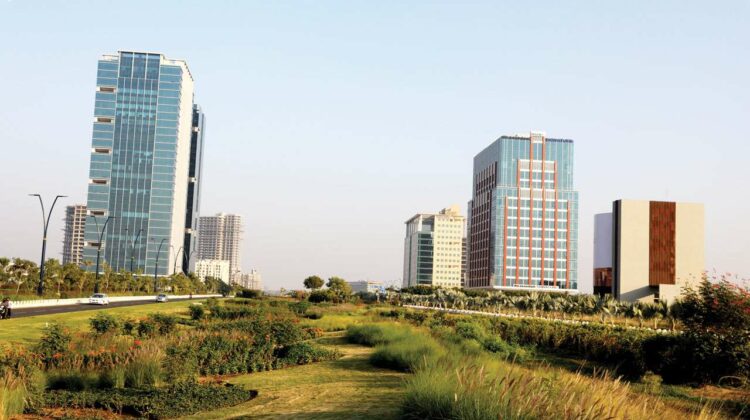 AHMEDABAD: After aircraft leasing and financing, Gujarat International Finance Tec City is now exploring ways to make India, which has a huge export-import trade, a country of shipowners rather than only charterers.

The authority at the country’s first and only International Finance Service Centre (IFSC) is aiming to turn the country into an international hub for ship acquisition, financing and leasing activities.

The country spends about $75 billion annually chartering foreign flag vessels for India’s international trade. “It is heart-wrenching to find that on registering of ships, the industry finds it easier and more expedient to resort t Flags of Convenience (Panama, Marshall Islands, Liberia etc.) rather than flagging in India. Through the avenues of development of leasing which is suggested here, it is proposed to impart brand value to India flagged vessels,” according to a latest report of the committee on development of avenues for Ship Acquisition, Financing And Leasing (SAFAL) from IFSC in India.

The committee was constituted by IFSCA on June 24 to examine global best practices in financing and leasing of ships, identify opportunities and devise a roadmap to enable such activities from GIFT IFSC. Under the chairpersonship of Vandana Aggarwal, a former senior economic advisor of the government of India, along with representatives from the Centre, Gujarat Maritime Board, industry and finance experts, and academicians, the panel submitted its 208-page report to IFSCA on October 28

One of the key recommendations proposed in the report to D G Shipping is about ‘flagging’ where it has proposed to introduce a new category titled ‘Indian IFSC controlled tonnage’, offering certain relaxations.

The report also suggests global benchmarking of regulations, tonnage tax and other tax and seafarer regimes, besides overcoming pricing and other limitations of the existing right of first refusal (ROFR) regime for import of bulk cargoes. Direct and indirect tax changes have been proposed based on the competitive gaps identified through the financial models developed for GIFT City.

“After carefully examining the recommendations, the Centre is likely to announce some relaxations in the union budget in February. Once this is done, companies will start setting up their operations at GIFT City IFSC,” said a government official close to the development.

In February this year, the IFSC Authority came out with a special framework for enabling aircraft leasing and ancillary services. As a result, several entities in this area who were earlier forced to search for options at overseas Indian IFSC centre have now set up their operation at the Indian IFSC Centre in GIFT City.

“As IFSC authority, we are developing new avenues to bring international financial services to the country. Ship leasing and financing will play an important role in developing new business through IFSC in India,” said Dipesh Shah, Executive Director, IFSC Authority.

000 vessels are on order at a value of about $200 billion (fair market value). Yet, there is serious room for growth, China has 340 million Dead Weight Tonnage (DWT) or 16% global market share while India has 25 million DWT tonnage or 1% global market share, according to the report.