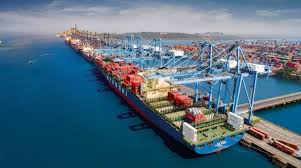 NEW DELHI : The Ministry of Ports, Shipping and Waterways has prepared a list of seven operational cargo berths run by government-owned major ports that will be privatised this fiscal through the public-private-partnership (PPP) route as the State-run ports move from a ‘trustee’ set up to an ‘authority’ model of governance under a new law passed by Parliament in February.

The seven projects identified for monetisation/privatisation are estimated to draw investments worth ₹2,551 crore for modernisation and upgradation, according to the ministry.

The plan follows an announcement made by Finance Minister Smt. Nirmala Sitharaman in her Budget speech to Parliament on February 1.

“Major ports (those owned by the Centre) will be moving from managing their operational services on their own to a model where a private partner will manage it for them. For the purpose, seven projects worth more than ₹2,000 crores will be offered by the major ports on public-private-partnership mode in FY21-22,” Smt. Sitharaman said.

Projects to be privatised

The projects being lined up for privatisation include a container terminal run by Jawaharlal Nehru Port Trust (JNPT) with a capacity to load 1.8 million twenty-foot equivalent units (TEUs) estimated to cost ₹863 crore.

Berth No. 14, a mechanised fertiliser handling facility at Deendayal Port Trust in Kandla, Gujarat, with a capacity to handle 5.3 million tonnes (mt) of cargo is also in the list of projects to be privatised, involving an investment of ₹300 crore.

Berth No. 9, a bulk cargo terminal at VO Chidambaranar Port Trust will be converted into a container terminal to handle 1.2 million TEUs with an investment of ₹435 crore.

The North Cargo Berth-III, also at VOC Port Trust, with a capacity to handle 8.9 mt, will be auctioned to a private operator, with an investment of ₹420 crore.

A dedicated berth run by JNPT to handle ships that ply only on local routes, will be bid out to a private operator who will invest ₹170 crore. The terminal has a capacity to handle 2.5 mt.

The South Quay Berth (SQB) at Paradip Port Trust will be mechanised through the PPP route with an investment of ₹75 crore to handle 1.5 mt of cargo.

The West Quay Berths 7 and 8 at Visakhapatnam Port Trust with a capacity to load 5.8 mt of cargo will be given to a private investor who will invest ₹288 crore.

Privatisation of State-run cargo berths has become necessary as the ‘port authority’ formed for each of the 11 ports under the Major Port Authorities Act 2021 will play the role of a landlord —a model widely followed globally wherein the publicly governed port authority acts as a regulatory body and as landlord while private firms carry out port operations, mainly cargo handling activities.