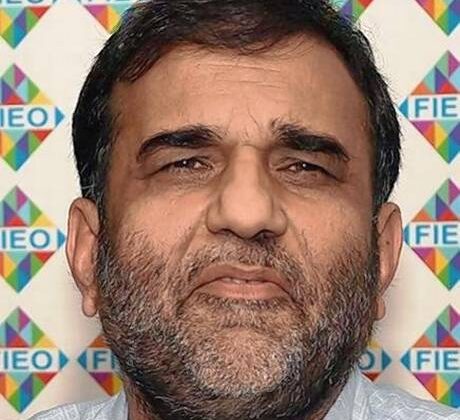 NEW DELHI : The government may finally notify the refund rates for taxes paid on exported goods by the end of this month, a senior trade official said on last Friday, almost five months since the introduction of the Remission of Duties and Taxes on Exported Products (RoDTEP) scheme with the delay affecting exporters’ pricing strategies.

Directorate General of Foreign Trade (DGFT) Mr. Amit Yadav told exporters that the RoDTEP rates would be announced in 15 days, although Commerce Secretary, Mr. Anup Wadhawan was non-committal on the exact time frame during an interaction with reporters later in the day, only stating the rates may be notified ‘very soon.’

Meanwhile, exporters reiterated their demand that the government bring to an end the suspense over the RoDTEP scheme urgently in order to help forge new contracts with foreign buyers amidst a minor recovery in global trade.

Mr. Sharad Kumar Saraf, President of the Federation of Indian Export Organisations (FIEO) said apart from notifying the rates, the government must release the necessary funds for RoDTEP’s implementation as well as to pay outstanding dues on earlier incentive schemes for merchandise and services exports.

“Once these issues pertaining to the RoDTEP and the older Merchandise Exports from India Scheme (MEIS), that have been taken up by the Commerce and Industry Ministry with the Finance Ministry, are resolved, it will provide a further impetus to the export sector,” said Mahesh Desai, chairman, Engineering Export Promotion Council.

“The recovery is broad-based and substantial. It augurs very well for the year 2021-22,” the Commerce Secretary said, exuding confidence about meeting the $400-billion export target set for this year, from about $290 billion in 2020-21.

On exporters’ concerns about a slowdown in inter-State movement of goods and shortage of manpower due to the lockdowns in several States and the demand to classify export units as essential services, Mr. Wadhawan said their concerns were largely addressed.

“We have been able to balance public health issues very well with some minimal level of economic activity happening. If you see various States’ orders like Maharashtra and Karnataka, they have allowed industries to operate, including export units, with necessary safeguards to allow economic activity, with a reduced workforce on the shop floor. So, at this stage, I don’t see any major impact on our export prospects,” he concluded.