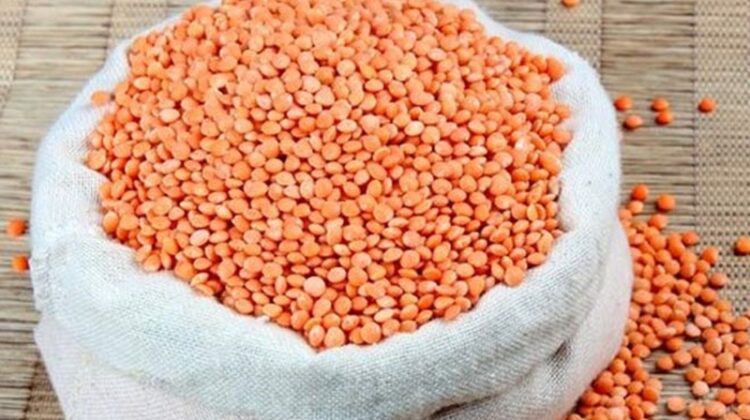 NEW DELHI : The government on Monday reduced the basic customs duty on imports of masur dal to zero and halved the Agriculture Infrastructure Development Cess on the lentil to 10 per cent, with an aim to augment domestic supplies as well as provide “relief to consumers” from high prices.

The reduced customs duty and cess will come into effect from Tuesday.

Notifications in this regard were tabled in both houses of Parliament by Finance Minister Nirmala Sitharaman.

The effective import duty on masur dal will now come down to 10 per cent from 30 per cent.

According to the notifications, the basic customs duty has been reduced from 10 per cent to nil on lentils (masur dal) originated in or exported from countries other than the US.

Also, the basic customs duty has been reduced to 20 per cent from 30 per cent on lentils originating in or exported from the US.

Further, the Agriculture Infrastructure Development Cess (AIDC) on lentils has been reduced from the present rate of 20 per cent to 10 per cent.

Retail price (model) of masur dal has increased by 21 per cent to Rs 85 per kg now from Rs 70 per kg on April 1, this year, as per the data maintained by the consumer affairs ministry.

As per the agriculture ministry data, India’s domestic production of lentil, a rabi crop, increased to nearly 1.3 million tonne in 2020-21 crop year (July-June) from 1.1 million tonnes in the previous year.

India Grains and Pulses Association (IGPA) Vice Chairman Bimal Kothari said the government should not have reduced the import duty as prices of lentils are not going to soften.

“Upon this notification of the government, the Canadian and Australian exporters have already increased the price by USD 75/80 per tonne. This policy is definitely not in the interest of the Indian consumer, the Indian farmer, Indian Pulse trade and not even the government,” Kothari said.

The association said the government should roll back the decision.

The government had introduced the AIDC on certain items, including petrol, diesel, gold and some imported agricultural products, this fiscal in a bid to boost agriculture infrastructure.