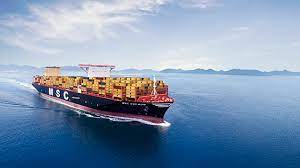 Financial details have not been disclosed. The 13 ships ordered in March came with a price tag of around $120m each. GSI said the first production of the 366 m long boxships will start in early 2022. The entire series should be delivered in 2023 and 2024.

GSI in the past mostly built bulkers and tankers, and the latest order will see it deliver a total of eight 16,000 teu boxships, while MSC, with its massive orderbook, is on track to overtake Maersk as the largest carrier.