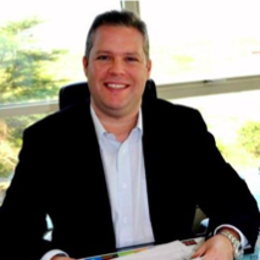 MUMBAI : Mr. Steve Felder, MD, South Asia, Maersk, said that as the lockdown and curfews set in and production stopped, exports dropped sharply almost overnight and it was difficult to move goods around the country.

“China was coming back at that time and imports continued to flow in to India causing some congestion at some of the port ecosystem. So, I think that was a very concerning period in global trade as regards India,” said Mr. Steve Felder.

“As things started opening up and the unlock started to take hold from August onwards, we saw exports recover sharply also fueled by consumer demand particularly in North America and also in Europe. That was a turning point. So Q4 – the economy we know grew slightly above 0.4 percent after two quarters of very substantial contraction but trade in Q4 of last year was up 13 percent. Exports were up 17 percent and imports were up 9 percent,” he added.

He also said that the import recovery on a quarter-on-quarter (QoQ) basis was around 26 percent, which is certainly a very positive trend.

In addition he also said that “India has been traditionally a market that is fairly balanced. The imports and exports in container terms are more or less balanced. Last year as exports started recovering quickly faster than anticipated by many, we saw that this created a natural deficit and imports were still subdued at that time because consumerism was quite low in India.”

“So there was container shortage in certain parts of the country. On a global level container manufacturing was down 40 percent in the first half of the year due to COVID-19,” he mentioned.

“We have seen gradual improvement in the imports in Q4 and also into Q1 so I think that is certainly helping to shore up the container shortage in the country. Shipping lines are doing whatever they can to address the situation,” he pointed out.