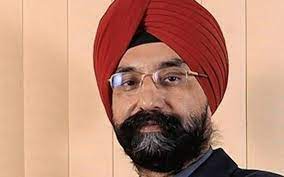 AHMEDABAD : Gujarat Government on Friday announced financial support for the dairy cooperatives in the State to export skimmed milk powder (SMP). The subsidy support is fixed at ₹50 per kg of SMP with a ceiling of ₹150 crore for the entire scheme, which will be active for a period of six months starting July 1 to December 31, 2021.

Notably, international SMP prices have fallen by about 9.5 per cent since May 2021 to USD 3,126 per tonne, which works out to ₹200-230 per kg. The cost of production for Gujarat dairies is around ₹250 per kg, thereby causing a net loss of up to ₹50 per kg. The financial support will be routed through Gujarat Cooperative Milk Marketing Federation Ltd (GCMMF), a federation of 18 district dairy unions, selling dairy products under Amul brand

Mr. Shamalbhai Patel, Chairman, GCMMF welcomed the move and termed it to be in the interest of the dairy farmers of the State. “Our dairy farmers were losing ₹50 for each kg sold in the international market. The cost of production for SMP is around ₹250, where as international prices have plummeted to ₹200-230 now. The State government has provided support at a right time, when we are sitting on a huge pile of SMP stocks .”

In a further assurance for better realisation from exports, the Gujarat Government has also hiked the rate for freight on board (FOB) for SMP from earlier ₹180 per kg to ₹200.

Mr. R S Sodhi, Managing Director, GCMMF commented that the increase in FOB limit would improve the realisations from SMP exports. “The hiked FOB would mean that we would be able to realise ₹50 per kg benefit in full. This will stabilise the prices of milk and will bring back the realisations to the pre-Covid levels and ultimately benefit the dairy farmers.”

The SMP stocks with the cooperatives is currently estimated at around 1.4 lakh tonnes. With the incentive support, Gujarat’s dairies would be able to sell around 30,000-50,000 tonnes of SMP in the international market, Patel added.

“The Government has responded to the requests made by the GCMMF in this regard and hiked the FOB rates for SMP. Chief Minister, Gujarat, Shri Vijay Rupani has approved the financial assistance scheme for SMP exports for a period of six months starting from July 1, 2021 to December 31, 2021,” a State Government communique informed here.

Earlier on two separate occasions – during 2018 and last year due to Covid-19 lockdown following SMP glut in the pipeline – the Gujarat Government had announced similar export incentives for SMP. “This will protect our dairy producers and farmers from international fluctuations in the SMP prices and assure them remunerative returns,” said Rupani.