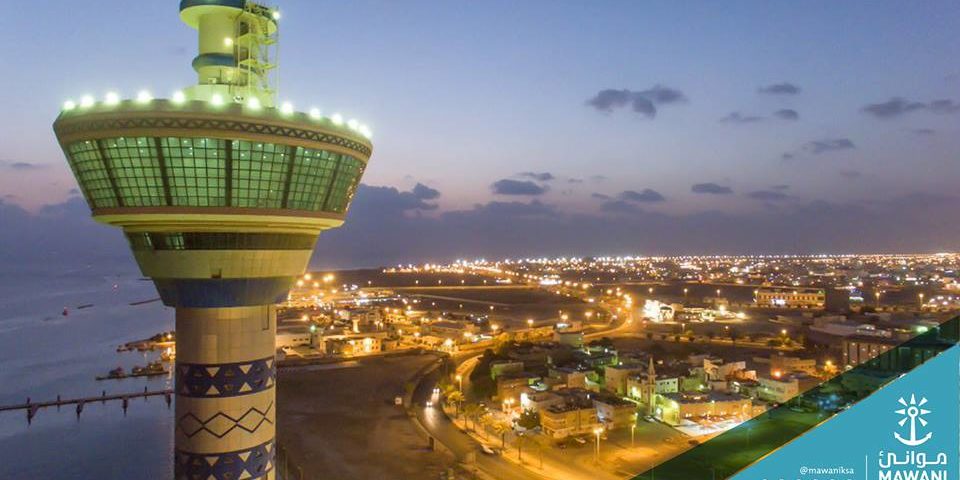 RIYADH : The Saudi Ports Authority (Mawani) has announced the addition of the Indamex 2(IN2) shipping service, a routejointly operated by global container liners Hapag-Lloyd and CMA CGM, to Jeddah Islamic Port.

The trade link is key to the Kingdom’s ambitions in positioning Jeddah as a major east-west hub and strengthening its global maritime connectivity in line with the goals of the National Transport and Logistics Strategy (NTLS).

The Kingdom’s busiest port will gain access to leading trade gateways across the Indian Subcontinent and North America, including Port Qasim in Pakistan, Mundra and Jawaharlal Nehru in India, and Norfolk, Charleston, and Savannah in the United States.

The first sailing on the new service had left the Red Sea port on the 11th of January on board MV. SWANSEA V. 006W, a vessel that has a carrying capacity of 4600-6966 TEUs.

Over the course of last year, the nation’s hubs have added up to 9 shipping services in a bid to boost the Kingdom’s ranking in the global logistics indices and multiply the sector’s current throughput capacity.

About the Saudi Ports Authority (Mawani) : Saudi Ports Authority (Mawani) was established in 1976 to oversee the operations of the Saudi ports. Since its inception, Mawani has been keen on transforming the Saudi ports into investment platforms and facilitating the Kingdom’s trade with the rest of the world. The Authority seeks to achieve an effective regulatory and commercial environment supported by an operating model that enables growth and innovation in the Kingdom’s maritime industry. It also envisions developing a sustainable and prosperous ports sector to consolidate the Kingdom’s position as a leading global logistics hub. Mawani strives to realize Saudi Arabia’s economic and social ambitions by ensuring reliable and efficient logistics operations, as well as creating a safe and sustainable maritime environment. Developing the Kingdom’s industrial capabilities to fulfill the objectives of the National Transport Strategy in line with Saudi Vision 2030, has and will always be one of Mawani’s main objectives, thus contributing to making Saudi Arabia a pioneer in the ports sector