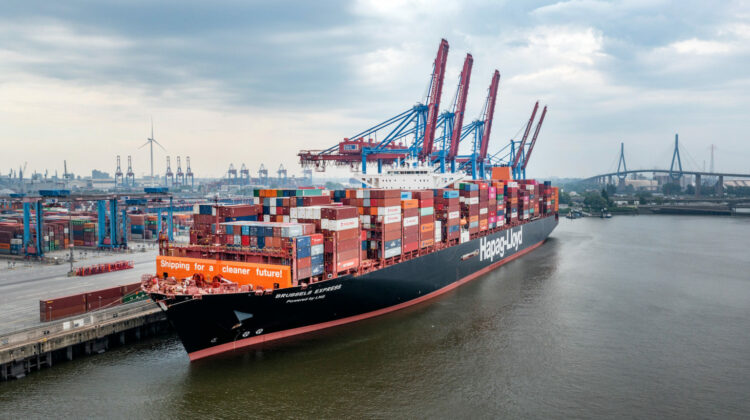 FRANKFURT : Global container shipping problems related to post-COVID 19 logistics problems have intensified in the third quarter and show no sign of letting up, the world’s number five operator, Hapag-Lloyd, said .

Port congestion and high spot freight rates, caused by a combination of unexpected demand recovery and tight shipping space, would continue at least during the rest of 2021 and into the first quarter of next year, Chief Executive Rolf Habben Jansen told reporters.

Container usage in August was up 20% year-on-year, he said in an online briefing, citing information received by the Hamburg-based company.

Meanwhile, the company’s cargo turnaround time has risen to up to 60 days from the normal 50 days, meaning that 20% more containers are bound in shipment than before the crisis – without delivering more cargo.

As demand outstrips capacity, the group still expects an increase of only a few percent in its full year transport volumes after recording a 4% rise in January-June, Habben Jansen said.

Among measures to remedy the problems, which include large vessel orders, Hapag-Lloyd last month ordered another 75,000 TEU (twenty-foot equivalent units) worth of containers for receipt in the fourth quarter.

The move, which is subject to approval by antitrust authorities, has caused concern in the state of Hamburg that possible volume handling losses could hit the city’s economy.

Habben Jansen said that he expects some 85-90% of usual volumes still coming into Hamburg after the transaction.

He said the acquisitions were aimed at securing greater volumes for German ports in general, amid competition with Antwerp and Rotterdam for receipts from the Far East. (Reporting by Vera Eckert, editing by Thomas Escritt and Elaine Hardcastle).