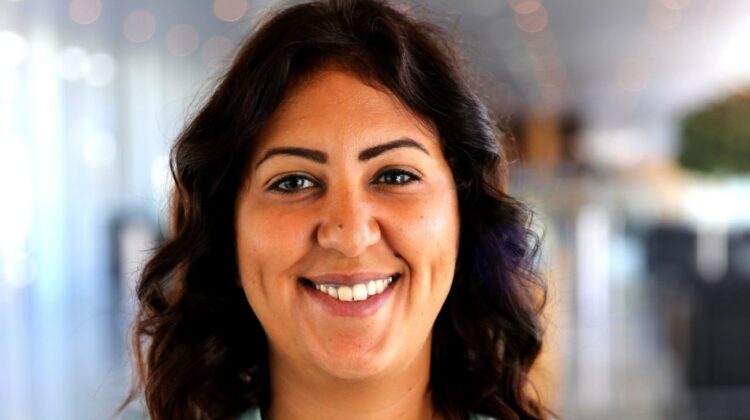 COPENHAGEN : Shipping has never been in the spotlight like this, says Shereen Zarkani, Head of Maersk Growth. “In the past, you know, it never got all this attention and all this money.”

All of a sudden, as global supply networks falter and container ships struggle to dock at congested ports, everyone has become acutely aware of the usually almost invisible transport lines that ferry our groceries and online shopping around the world.

There is a huge interest in reinventing the sector. Not only are big retailers like Amazon and Tesco investing in their own logistics networks but many startups are popping up to fix specific problems such as the ‘dirty last mile’ of global supply chains. Parts of the logistics network are becoming autonomous and are getting greener.

Maersk, which carries a fifth of the world’s seaborne trade, doesn’t want to be left behind by the upstarts.

“Maersk is on a very ambitious transformation journey.”

“Maersk is on a very ambitious transformation journey where we are reinventing ourselves from being a shipping line to being the global integrator of container logistics, connecting and simplifying our customers’ supply chain,” says Zarkani.

Maersk doesn’t want to just ship your items, it wants to help you manage the whole and logistics process from knowing what is in your warehouse to tracking your goods — and maybe even help you arrange the trade finance for your shipments as well. The company has bought three ecommerce companies since August, showing how quickly it wants to move in this direction, and has invested in startups like Huboo, the ecommerce shipping manager, and Modifi, the SME trade finance company.

The Danish company may be expecting record profits for this year — 4x the level it forecast at the start of the year — thanks to surging post-pandemic demand for goods. But it can’t rest on its laurels.

This is why Maersk has recently changed the way it works with Maersk Growth, its investment arm, bringing it much closer into Maersk’s core business.

Zarkani is not your typical corporate investor.

For a start, it brought in Zarkani to head Maersk Growth. She’s not your typical corporate investor — she previously headed Maersk’s 3k-strong global sales team. She’s a 20-year veteran of Maersk, brought in specifically to make sure there is a connection between the venture investments and the core business, something the company wanted to boost.

“The CEO wanted to bring someone like me who can sort of build bridges and links with the rest of the business and with our customers,” Zarkani told Sifted. She spends a lot of time talking to the different units at Maersk to get a sense of what their needs are, the problems they need to solve and the future growth areas they are thinking about.

“We will never go for [an investment] that is only financial. We’re here to create strategic value.”

“We will never go for one that is only financial because that doesn’t make sense. We’re here to create strategic value.”

The simplest strategic value might be an acquisition. In September bought HUUB, the Portuguese logistics startup that it had first invested in at the seed stage in 2019. The fashion-focused logistics startup was the third ecommerce company that Maersk has bought since August.

A strategic investment can also result in some kind of partnership or collaboration with Maersk. It could be a commercial collaboration, such as Modifi, where the startup offers additional services to Maersk customers. Or the startup could become a supplier to Maersk, as was the case with ZigZag Global, a company that helps retailers manage their returns. Maersk white labels the technology to use in its own returns offer to customers.

Occasionally Maersk will invest in a company purely to get an insight into a new area of business.

“We invest to be able to learn to help us form our thinking in the future. Maybe there are no immediate collaboration opportunities right now, that’s okay too,” says Zarkani.

Zarkani doesn’t stick rigidly to any particular themes — anything supply chain-related is potentially of interest. Like almost every company on the planet, sustainability and decarbonisation are high on the agenda.

The company has been one of the backers of Einride, the Swedish startup making electric, self-driving trucks. It has also made a series of investments in alternative fuels, the most recent was funding Dutch startup Vertoro, which is developing liquid lignin to use as a green marine fuel. The company has also backed WasteFuel, a Los Angeles company turning waste into sustainable aviation fuel, and Prometheus Fuels, a Silicon Valley company developing carbon-neutral fuels made from direct capture of CO2 from the air.

Zarkani says the company also wants to help move the shipping industry towards using novel fuels. In August, Maersk ordered its first 8 big ocean-going container vessels that will be running on methanol, and WasteFuel has been lined up to be one of the suppliers for those ships.

“We wanted to get out of the chicken and egg situation that is going on in the industry. The technology exists for ships to sail carbon neutral but the fuel and the whole infrastructure around it doesn’t exist. So the shipbuilders and the shipping companies are waiting for the fuel, and the fuel suppliers are waiting for the ships to be ordered and then nobody moves,” says Zarkani.

What startups get from Maersk

Like many corporate investors, Maersk is hoping to give its portfolio companies some “unfair advantages” based on its large size and market reach.

Zarkani categorises them as ABCD. A is for assets — access to things like Maersk’s huge global shipping networks. B is for brand — being backed by a big name like Maersk can open doors for younger startups. C is customers — Maersk has 78,000 of them, and many would be interested in additional products and services. Finally, D is for data. Carrying a 5th of the world’s trade generates a lot of data, and many of Maersk’s portfolio companies are interested in using this to train their AI and machine learning models for example, says Zarkani.

Apart from transforming the global supply chain business, there is one other thing Zarkani would like to change: getting more women into corporate innovation — and investing in more female-led startups.

““I was surprised when I joined, at the complete lack of diversity. Supply chain companies already don’t have a lot of females — I’ve been 20 years with Maersk so I know that. But I did not know about the VC and startup landscape. So I was really very, very shocked about that. I started asking questions about how many female founders we have invested in and found that in our portfolio of 27 companies, we have zero female founders.”

This is something Zarkani is keen to change.

“It is really really important that the people who sit and assess startups are diverse in gender, nationality and experiences. And then we also need to make sure that we encourage the female entrepreneurs around the world to come to the table.”