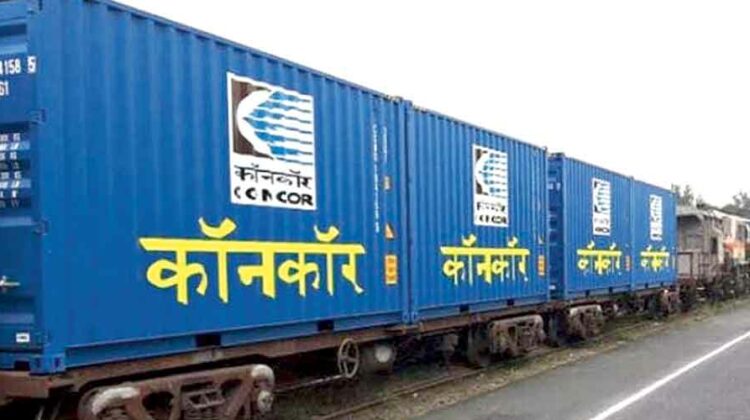 NEW DELHI : The Container Corporation of India (Concor) stock has gained over 11 per cent since the last week of August on the back of a recovery in trade volumes and expectations of market share gains. The full rollout of the Dedicated Freight Corridor (DFC) by the end of next year will be another major trigger for the stock as it will bring down costs and expand margins.

Volume growth in the near term will be an important trigger for India’s largest container train operator. Container cargo in TEUs (twenty foot equivalent units) was up 21 per cent y-o-y and 4 per cent month-on-month to 923,000TEUs. The growth rates, according to analysts at JM Financial, have been strong despite congestion at global ports, skipped calls and container shortage.

After declining during the April to August 2020 period, railway container volumes have seen a turnaround from September last year. The trend continued with overall volumes last month including exports and imports as well as domestic segment rising 24 per cent. On a two-year basis, volumes are up 6 per cent. This bodes well for the company whose volumes were up 35 per cent y-o-y in the June quarter; volumes for the last two quarters have been around the 1 million TEU mark and is above the pre-covid trend.

The company’s focus on the domestic segment too should help given the higher realisations and margins. The share of domestic volumes, which grew 69 per cent y-o-y in the June quarter, increased 400 basis points to 18 per cent of the total volumes. The company expects overall volume growth for FY22 to be in the 12-15 per cent range.

What should help the container freight operator is the rising share of railways in freight transportation. Nirmal Bang Research in a recent report highlights the possibility of the share of rail rising to 40 per cent from the current 26 per cent. The rising rail share is on account of reduced time to transport and lower pricing relative to road.

The full implementation of the Dedicated Freight Corridor (DFC) would be another trigger for the stock. While the ports in Gujarat (Pipavav, Mundra) are linked and the link to JNPT, Mumbai is to be completed by June next year, analysts expect the same to be completed by the end of 2022. Improved speed on DFC as well as double stacking will allow for lower transit times and reduce cost of freight. This should help improve competitiveness as compared to road and improve margins for Concor.

While medium term outlook remains strong, the key trigger from the divestment viewpoint is the resolution of land licence fee or LLF issue. Though the company expects a lower outgo of Rs 375 crore as compared to earlier estimates of Rs 450 crore for FY22, a final resolution of the issue (land buyout or 6 per cent LLF) is critical and will have a bearing on valuations.

The medium term growth story remains strong; investors should await the resolution of the LLF issue before considering Concor.