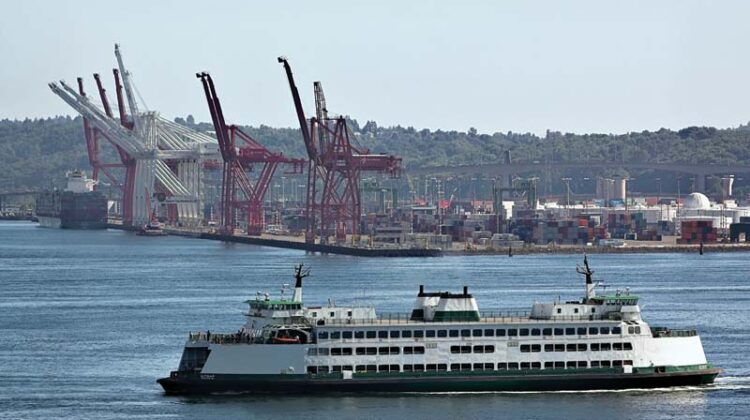 India’s march towards sustainable and ecofriendly inland water transport network has received a major boost. Nearly two dozen modern electric ferries are under construction at the Cochin Shipyard Limited (CSL) for Kochi’s public transport network. This would provide not only alternate public transport to 100,000 people living in the city and its suburbs, as also reduce air pollution. The ferries will connect 10 islands and stop at 38 different terminals reducing load on the highly stressed urban transport network.

Construction of 45 vessels in planned in the first phase. Thereafter the numbers would increase to 78, thus making it the largest ‘electric ferries network’ in the world. There are at least three stakeholders involved in this project; the boats will be jointly constructed by the CSL and German Siemens, and Swedish energy Technology Company Echandia has been contracted to build the battery systems. The latter is a world leader in LTO (Lithium-Titanate) batteries that are known to be highly safe and fast-charging. The company is known for supplying energy systems for trains and wind farms as well.

Meanwhile, CSL has taken lead in India to build autonomous vessels. It joined hands with Asko Maritime AS, a subsidiary of the group of Norges Gruppen ASA, Norway, to build two emission-free electrical-powered autonomous vessels. This 67-metre long vessel is designed by Naval Dynamics Norway and Kongsberg Maritime systems, and the detailed engineering will be carried out by the CSL. It would carry 16 trailers onboard and operate in Oslo fjords.

Earlier, India’s first fully solar-powered commuter ferry ‘Aditya’ built by Kochi-based Navalt Solar and Electric Boats was awarded the Gustave Trouvé Award for Excellence in Electric Boats and Boating category against a stiff competition from 50 other small and big ones entrepreneurs from Europe, the US and Singapore. According to Kerala State Water Transport Department (SWTD), the ferry was built at cost of INR 2 crore in 2017 and since then it had transported over 11 lakh passengers (as of July 2020) on the Vaikom-Thavanakadavu route. Significantly it saved over 100,000 liters of diesel worth approximately INR 75 lakh.

There is now strong evidence of technological revolution in water transport and revolutionary electric and hybrid vessels are being designed/built. Meanwhile, older diesel vessels are being retrofitted with electric engines. This is indeed a big chance to improve air quality in coastal cities and reduce noise pollution. The global electric ships market size is projected to grow from US$ 5.2 billion in 2019 to US$ 15.6 billion by 2030, at a CAGR of 13.2 per cent from 2025 to 2030.

The Indian inland water transport (IWT) system network comprises of approximately 14,500 kilometers of rivers, canals, backwaters, creeks, etc. It is an important component of the Sagarmala project and New Delhi is investing large fiscal resources in developing IWT to provide an efficient, flexible and cost-effective network of transportation.

IWT operations are currently restricted to a few stretches and the traffic touched 73.6 million tons during 2019-20 at a CAGR of 19 per cent. The government plans to increase freight movement through IWT from 2 per cent to 3 per cent and traffic volume to over 120 million tons by FY 2030. The operations are structured and operated by both public and private enterprises.

The CSL has now made a very promising beginning in the electric ship segment and is therefore primed to attract many other international partners to build ‘smart vessels and ferries’. This should trigger interest among Indian technology and product developers to explore Industry 4.0 technologies for autonomous vessels particularly for IWT.

India could also take lead in the small ship segment such as ferries and ride the current wave of smart shipping technology. This would naturally resonate with the ‘Atmanirbhar Bharat’ and ‘Make in India’ vision of Indian government who are committed to indigenization in shipbuilding for the country.

Day of the Seafarer 2022: Your Voyage

DCI inks pact with Dept of Fisheries, Govt. of India

Day of the Seafarer : Ricardo’s story