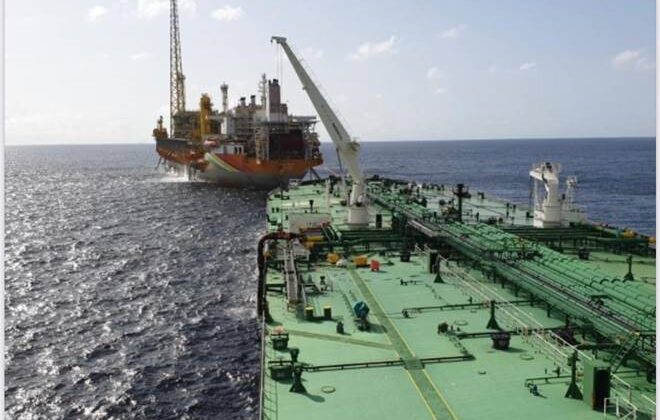 NEW DELHI : Next month, India is set to receive its first shipment of one million barrels of Liza Crude Oil from Guyana. This is the first purchase of Guyanese crude oil from the Government of Guyana’s share of oil by an Indian PSU refiner – Indian Oil Corporation Ltd (IOCL). According to the Indian Mission in that country, the oil tanker left the shores in first week of July 2021 and will be reaching the Paradip Port in India in the first week of August.

Confirming this to , Indian High Commissioner Dr KJ Srinivasa said, “The crude oil purchase from Guyana marks an important step in diversification of crude sourcing by India. It is also the beginning of a future roadmap of extended collaboration in the oil and gas sector with Guyana.”

This collaboration could potentially extend and include acquiring oil blocks, long-term agreement for sourcing crude from Guyana, training and capacity building in the oil and gas sector, gas to power sector, etc.,” he added.

According to the Indian diplomat, IOCL is the first Indian PSU to buy oil from Guyana, but earlier HPCL-Mittal Energy Limited, a joint venture between State-run Hindustan Petroleum Corporation Ltd. (HPCL) and Indian steel tycoon LN Mittal had bought 1 million barrels of oil from Guyana in March 2021.

Guyana’s Liza oil – “light sweet crude” seems to be well suited for Indian refineries. “Such purchase arrangements are helpful to both countries because the Governments are in a position to save incurring costs on commission and marketing fee to the 3rd party agencies and can also further fortify India-Guyana bilateral partnership,” the diplomat explained.

India has been looking to diversify its crude sourcing. And it was earlier this year that the Guyana government was approached seeking a long term deal to buy crude from a Caribbean nation.

As has been reported earlier, India is the world’s third largest crude importer and consumer and its demand has gone up by almost 25 per cent in the last seven years, more than any other country in the world.

India has increased its engagement with CARICOM nations and had the first ever India-Caribbean Island summit heads take place on the sidelines of UNGA in New York in 2019.

According to the Indian High Commissioner Dr KJ Srinivasa, “Guyana is home to about 40 per cent Indian Diaspora which came in the 19th century.”

Which are the CARICOM nations?

The member countries include: Guyana, Haiti, Grenada, Trinidad and Tobago, Suriname, Jamaica, Montserrat, Saint Kitts and Nevis, the Bahamas, Barbados, Belize, Dominica, Antigua and Barbuda, Saint Lucia, Saint Vincent and the Grenadines. Five countries are associate members and the rest are full members and have a large population of the Indian Diaspora.

Guyana is the new destination for crude

This country, according to reports, is now the most favoured hotspot for crude requirements, especially after a consortium led by Exxon Mobil Corp had started to produce, in late 2019, light crude at the offshore Stabroek block.

There is no state oil company nor does it have any domestic refining infrastructure and is relying on private companies including Hess Corp and Royal Dutch Shell PLC to market its share on a spot basis.