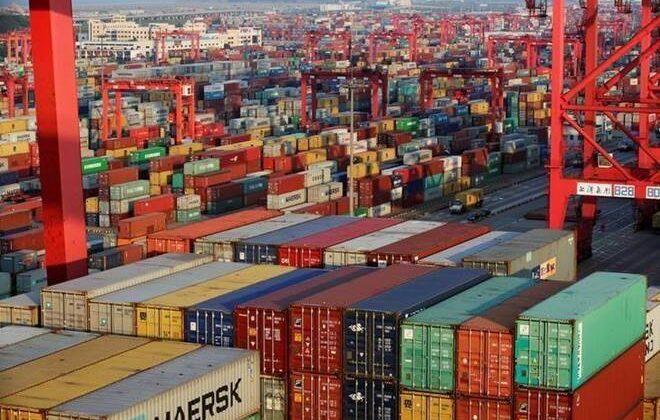 Special Secretary (Logistics) Pawan Agarwal said one of the “serious” issues that the country is facing in creating an ecosystem for container manufacturing is availability and costing of special steel used to make those boxes.

NEW DELHI : Container shortage in the country has been eased out and the government is now working towards creating manufacturing capacities for containers in India, a senior official said on Tuesday.

Special Secretary (Logistics) Pawan Agarwal said one of the “serious” issues that the country is facing in creating an ecosystem for container manufacturing is availability and costing of special steel used to make those boxes.

At present, three-fourths of the container manufacturing is happening in China and one-fourth in South Korea and these two nations dominate the entire space.

On special steel, he said the government is working with the steel companies to create these capacities in India.

He added that as far as manufacturing and fabrication of containers are concerned, companies like BHEL and DCM-Hyundai have the requisite capabilities.

CONCOR, he said, has already issued an order of 2,000 containers to BHEL and Braithwaite and Co Ltd and discussions have been initiated with steel manufacturers for producing COR-TEN steel in India at competitive prices.

Discussions are also on with railway wagon manufacturers, BHEL, private players and Balmer & Lawrie to set up production lines for indigenous manufacturing of containers.

About the 10-year time frame, Agarwal said availability and pricing of the raw material are important, adding “we are trying to get a sense of how we can do it and then we will give shape to this 10-year plan.”

About pricing, he said at present the COR-TEN steel price in India is Rs 75 per kg and to be internationally competitive, “we have to reduce it to Rs 45 per kg”.

“This is also an issue of volumes. If we can give good volumes, then obviously the special steel manufacturers can reduce the cost and I think that is the moving part and that is what we are trying to negotiate with the steel companies,” he observed.

Further, he said with the close coordination of concerned stakeholders, container shortage in the country has been eased out.

During a review meeting along with the Federation of Indian Export Organisations (FIEO) and the Container Shipping Lines Association (India) (CSLA) on April 15, FIEO informed that due to coordinated efforts, the issue of shortage of containers has been almost sorted out.

However, there is still some shortage of food-grade containers for export of tea, coffee and spices and is localised to southern Indian ports (Kochi/ Tuticorin/ Chennai/ Mangalore) which CSLA apprised is a long-term issue due to import deficit at these ports.

CSLA informed that the impact of the Suez canal blockade is not much anymore and the bunching was handled well by Indian ports mainly due to timely advance intimation.

Agarwal said six key steps were taken by the government to ease the shortages.

In early 2020, the quarantine period applicable on ships arriving from China was 14 days. After a detailed discussion with the Ministry of Shipping, Ports and Waterways and Ministry of Health and Family Welfare, the period was reduced to the extent of 5-7 days.

“With effect from April 1, 2021, the haulage charges of empty containers from port to hinterland have been reduced by 50 per cent by CONCOR through a discount scheme. This is expected to result in reduction of overall shipping cost,” he said.