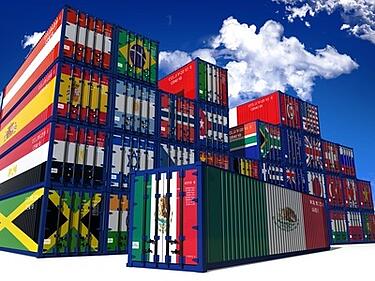 Alphaliner: ‘New significant milestones have been achieved on the rate front’

NEW YORK : Just when you thought container shipping couldn’t get any hotter, it has. Liners are desperate for more ships to handle booming cargo demand. Companies known as tonnage providers or nonoperating owners (NOOs) — which own ships and lease them to liners — are now achieving rates and charter durations that haven’t been seen since the mid-2000s.

The “sky’s the limit for charter rates,” said Alphaliner in its new weekly outlook. “There is no end in sight to the current strong market, with the squeeze of [vessel] supply showing no sign of easing in the medium term, while demand remains robust across all ship sizes. New significant milestones have been achieved on the rate front.”

Alphaliner reported that ZIM (NYSE: ZIM) chartered the 9,034-twenty-foot equivalent unit (TEU) Seamax Niantic for five years at a rate that is believed (but not confirmed) to be around $50,000 per day. ZIM also reportedly chartered the 8,586-TEU Gulf Bridge for six years, as well as the sister ship Mediterranean Bridge, at an unknown rate, said Alphaliner.

Matson (NYSE: MATX) has reportedly chartered the 4,308-TEU Kassiakos for 28-30 months at $41,000 per day for service in the China-U.S. trade. That’s a new high for the current era for that ship type, said Alphaliner, noting that rates like this for classic Panamax-size tonnage have not been seen since 2005.

In addition, French liner CMA CGM just chartered five classic Panamaxes at rates not far below that. Alphaliner said CMA CGM chartered the five 4,294- to 5,089-TEU ships from China’s Zhonggu Logistics for 24 months at $37,000-$38,000 per day.

The inactive container fleet is now just 2.8% of the global fleet and primarily consists of vessels waylaid by accidents, urgent maintenance, sanctions and waiting periods before upcoming service, said Alphaliner. Anything that can be deployed is deployed.

Charterers will, at least until the summer, continue to struggle to find the tonnage they need to cover their requirements, having no other choice but to accept the terms offered by owners to fix the few ships that become available,” said Alphaliner.

Shares of publicly listed NOOs are all up double digits over the past six months. The biggest winners have been Danaos Corp. (NYSE: DAC), up 420% over the past half year; MPC Container Ships (OSLO: MPCC), up 380%; Navios Partners (NYSE: NMM), which recently acquired Navios Containers, up 365%; and Euroseas (NASDAQ: ESEA), up 277%.

On the other hand, there are two positives. First, the much longer charter durations being booked by the liners confirm their confidence — or, at least, their calculated bet — that today’s freight-rate boom is not a fleeting event.

Second, freight rates are so high — at least, for now — that liners can increase profitability by adding ships even as charter rates soar. Because time-charter costs are only a minority share of overall costs, higher freight revenues are more than offsetting steeper charter rates.

Fearnleys Securities hosted a call with ZIM’s management team on Monday. On Tuesday, Fearnleys recounted that ZIM CFO Xavier Destriau “emphasized that, maybe contrary to many beliefs, ZIM actually thrives in this kind of operating environment, because of the large gap between freight and time-charter cost, [with] time-charter cost only 20-25% of unit cost.”

According to Fearnleys, “This explains why ZIM was very eager to add capacity between Q4 and Q1, because of visibility on the freight side.”

he same point was made by Jefferies analyst Randy Giveans in a previous interview with American Shipper.