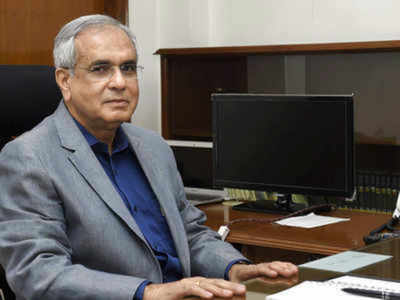 He also asserted that the country is prepared in a far better manner in case there is a COVID wave as states have also their own lessons from the previous two waves.

“We are now hopefully getting past our (COVID-19) pandemic… and the economic activities will be strengthened as we get into the second half of this (fiscal) year given what I have seen for example various indicators, including the mobility indicators,” Kumar told PTI in an interview.

The Indian economy has been adversely impacted by the coronavirus pandemic and the recovery has been relatively sluggish in the wake of the second COVID wave.

Against this backdrop, the Niti Aayog Vice Chairman exuded confidence that the economic recovery will be “very strong” and those agencies or organisations which have revised their GDP estimates downwards for this fiscal may have to revise them upwards again.

“Because, I expect India’s GDP growth this (fiscal) year would be in double digits,” he said.

Among rating agencies, S&P Global Ratings has cut India’s growth forecast for the current fiscal to 9.5 per cent from 11 per cent earlier, while Fitch Ratings has slashed the projection to 10 per cent from 12.8 per cent estimated earlier. The downward revisions were mainly due to slowing recovery post second COVID wave.

Indicating the possibility of a strong rebound, the Reserve Bank has pegged economic growth at 9.5 per cent in the current fiscal that ends on March 31, 2022.

Asked when private investments will pick up, Kumar said in some sectors like steel, cement and real estate, significant investment in capacity expansion is happening already.

In the consumer durable sector, it might take longer because consumers might feel a little hesitant due to uncertainty on account of the pandemic, he said. “Full-fledged private investment recovery, we should expect by the third quarter of this (fiscal) year”.

Responding to a query on concerns over a possible third COVID wave, Kumar said the government is much better prepared in case such a situation comes up.

“I think the government is far better prepared now to face the third COVID wave, if at all it does come up… I feel the impact of the third wave on the economy will be much weaker than it was during the second wave and the beginning of the first wave,” he said.

According to Kumar, the government’s preparation is very significant and also the states have learned their own lessons.

On whether the government will be able to achieve its ambitious disinvestment target this fiscal, Kumar said that despite the second COVID wave and its significant impact on the health side, markets have remained buoyant and they touched new heights.

“I think this sentiment not only will continue but it will strengthen as we go forward… India story remains very strong especially with respect to the FDI which has now created a new record both for 2020-21 and between April to June in 2021-22,” he said.

Pointing out that a good number of IPOs of startups are lined up, he said, “the climate for disinvestment is looking better and I am very hopeful that the disinvestment target would be fully realised.”

The government has budgeted Rs 1.75 lakh crore from stake sales in public sector companies and financial institutions. Achieving the target will be crucial for the government’s finances which have been stressed due to the pandemic and resultant increase in spending activities.

When asked about the option of the government issuing COVID bonds to raise money, Kumar said, “Well give it whatever names you like, the point is that if the government needs to borrow more money for expanding capital expenditure, it could go ahead because that will attract more private investments”.

He noted that the government should issue bonds, whether these are COVID bonds or infrastructure bonds, the name is not so material, and pointed out that bond yields have not risen despite the higher borrowing requirements of both the central and state governments.

“This means that there is an appetite for government borrowings and the deficit would be financed without much difficulty,” he said.

Making a case for stepping up borrowing, Kumar mentioned about agencies like the IMF, the World Bank and the ADB recommending that one should not worry too much about the size of the deficit because of the special circumstances the pandemic has created.

According to the 2021-22 Budget, the government’s gross borrowing was estimated at Rs 12.05 lakh crore for this fiscal.

On high CPI and WPI inflation numbers, Kumar said that he does not want to second guess RBI here and he would leave it to them.

“RBI’s Monetary Policy Committee (MPC) minutes and as well as their announcements have made it very clear that at the moment inflationary expectations are not entrenched at high level.

“And that this is perhaps a temporary phenomenon and we will go back to inflation level within the target range of RBI,” he said.