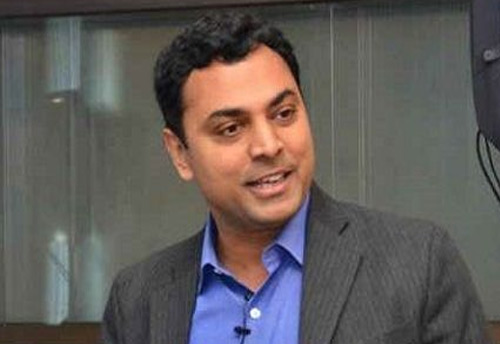 NEW DELHI : Unlike in the aftermath of the 2008-09 global financial crisis, the Indian economy is on a much stronger footing to absorb any external shock, thanks to the adoption of a judicious mix of both demand and supply-side measures following the Covid-19 outbreak, the Chief Economic Advisor Mr. Krishnamurthy V Subramanian said.

India is well-poised to weather the ripple effect of taper tantrum if the US Federal Reserve begins to scale back its $120-billion-a-month quantitative easing later this year, CEA Mr. Krishnamurthy V Subramanian told FE in an interview.

Unlike in the aftermath of the 2008-09 global financial crisis, the Indian economy is on a much stronger footing to absorb any external shock, thanks to the adoption of a judicious mix of both demand and supply-side measures following the Covid-19 outbreak, the CEA said. These steps will help keep inflation below 6% in the coming months, rein in current account deficit (CAD) and prevent any spike in fiscal deficit (from the budgetted level of 6.8% of GDP in FY22).

Mr. Subramanian exuded confidence that the government’s elevated market borrowing plan for a second straight year will go on smoothly.

He didn’t expect the yield curve to cause much of a worry either. The yields on the benchmark 10-year G-secs have in recent weeks breached the 6% barrier; they closed at 6.25% on Tuesday.

Asked about the proposal to list certain categories of government securities on global bond indices in FY22, Mr. Subramanian said the plan is still on and the revenue department is working on a couple of issues on this front. Overseas players were apprehensive about the stability of India’s tax regime, thanks to damaging steps like the retrospective tax amendment in 2012. But the fear has been put to rest now after the current government recently junked this amendment, he added.

Sources had earlier said jittery overseas fund managers wanted India to freeze tax rates on sovereign debt papers after their listing. The government has not budgetted any amount to be raised via this route. Nevertheless, the funds so raised is to proportionately reduce the Centre’s gross domestic market borrowing from the budgetted Rs 12 lakh crore in FY22.

Commenting on economic recovery, the CEA said manufacturing PMI was again in expansionary zone in July, after the June debacle. Although services activity continued to shrink in July, the level of contraction narrowed. Certain contact-based services are recovering, and with further headway in the vaccination drive, the overall services sector will gain more vibrancy, he said. The improvement in GST mop-up to Rs 1.16 lakh crore in July after the drop to Rs 92,849 crore in June (collection for May) suggests domestic consumption is picking up as well.

Amid fears that a huge amount of retail and MSME loans could turn bad in the coming years once all the regulatory forbearances are rolled back, the CEA said state-run banks are in a comfortable position to absorb any such shock. These banks have a provision coverage of about 88% and CRAR (capital adequacy) of 14%, which would enable them to absorb any expected or unexpected losses on account of non-performing assets.

He also said that companies have undergone deleveraging in recent years and cut costs. With profitability improving, they are in a position to invest again.