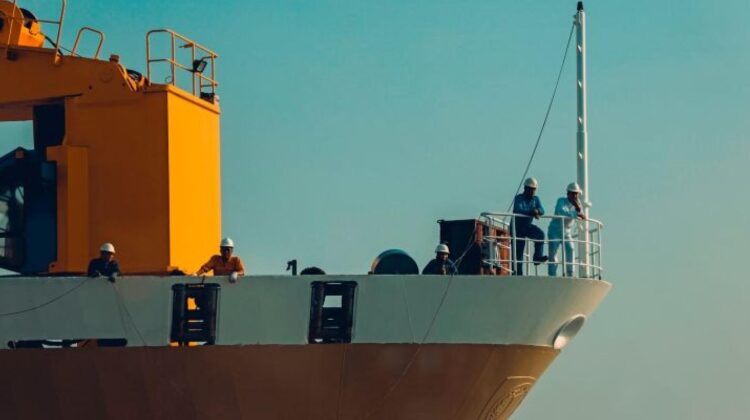 NEW DELHI : Vaccination being made mandatory before joining ship is just one of the numerous challenges being faced by Indian seafarers as the Covid-19 pandemic threatens to overwhelm the country’s health infrastructure.

Concerns over the availability of vaccines and waiting time are adding to the job uncertainty of seafarers.

Shipowners have begun insisting on hiring crew who are vaccinated ahead of joining ships on their next contract, as new variants of the Covid-19 virus wreak havoc in one of the top suppliers of seafaring manpower. India’s incidence of Covid infections has touched a new world record of over 350,000 new positive cases over the past 24 hours.

Shipowners are saying they want seafarers who are inoculated,” said Captain Sankalp Shukla, chairman of the Foreign Shipowners Representatives and Ship Managers Association (FOSMA). “Going forward, shipowners are asking for vaccinated crew since they know it will take time for the two inoculations.”

Seafarers’ unions have been encouraging their members to get vaccinated. India-made vaccines, Covishield from Bharat Biotech and Covaxin from Serum Institute of India, were to have been given to all those between the ages of 18 and 45 from 1 May. But stock-outs and delays in the supply chain forced the authorities to postpone the giving of jabs in this age group, to which seafarers predominantly belong, to a date that will be announced later.

For their own safety, seafarers are looking to complete both the jabs (which have a suggested gap of four weeks for Covaxin and 6-8 weeks for Covishield between the doses) ahead of joining ships to avoid uncertainty over getting the second dose of the same vaccine after getting on board international trading ships

In several countries, seafarers with recent travel history to India have been banned from undergoing crew changes. Singapore and Fujairah are two maritime hubs which have placed a moratorium on crew changes for ships arriving from India. Hong Kong, Dubai, and ports in Canada and the UK have followed suit.

Ship managers say that temporarily freezing crew change involving Indian seafarers is the only option left for them to deal with the surge in cases in India.

“We are closely tracking the course of the second wave of the Covid-19 outbreak, and as an immediate measure have frozen all crew changes outside India for the next 21 days,” said Captain Rajesh Unni, founder and CEO of the Singapore-based ship management company, Synergy Group, which has some 370 ships under its management.

The Director General of Shipping has advised seafarers to utilise the vaccination facility at the hospital run by Mumbai Port Trust to get their jabs. Port trust run hospitals at Kochi and Kolkata are also being on-boarded for vaccination, according to an official at DG Shipping.

Testing itself has become a nightmare as labs are choked, delaying results. “We can’t risk the health and safety of those on-board. There have been instances where seafarers cleared the RT PCR test in India before flying and turned out positive on arrival at the destination country,” an industry executive said.

India’s Covid outbreak has also affected seafarer recruitment. According to Crew Centre, Royal Caribbean has halted its hiring program for staff from India amidst rising Covid cases in the country.