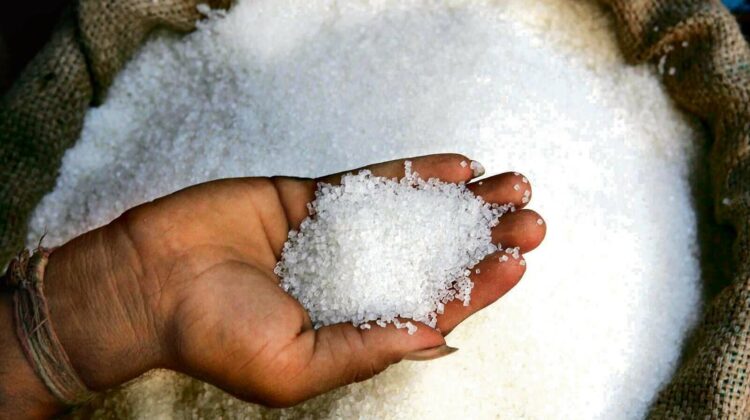 BENGALURU : Indian mills and exporters have signed forward contracts to export 12 lakh tonnes of sugar ahead of the new crushing season for the crop year 2021-22 starting October. This is claimed to be the first time that such forward contracts have been signed by the mills and without any government assistance.

“Before the start of the new season, the advance deals are happening. For the first time India has entered into forward contracts for almost 12 lakh tonnes and that too under the Open General Licence (OGL), without any support of the Government subsidy,” said Prakash Naiknavare, Managing Director, National Federation of Co-operative Sugar Factories Ltd (NFCSF).

Indian sugar has been in great demand as other major exporters such as Brazil and Thailand have been facing supply issues. For the current season 2020-21 ending this month, the exports are seen touching a record 71 lakh tonnes, surpassing the previous high of 59 lakh tonnes during 2019-20, he said.

“If this demand trend continues, I feel this 12 lakh tonnes will go up quite a bit and by the end of the 2021-22 season, we can export 50-60 lakh tonnes of both raw and whites under OGL,” Naiknavare told.

Naiknavare said production of raw sugar has many advantages compared to the whites. “For raw sugar production, the cost is less, besides steam saving is good and recovery goes up. More importantly, mills can save on their interest costs. When mills start producing white sugar, they have to store it in godown before selling, incurring heavy interest burden. All that is saved here,” Naiknavare said adding that raw sugar is produced and exported immediately.

Morever, prices are good currently and in future, they are likely to be better than now due to Brazil and Thailand factors, he said. “The raw sugar is preferred over white because 75 per cent of the global tradeable surplus of around 500 lakh tonnes is raw sugar. There is a lot of sense in going for raw sugar exporting for those destinations where Brazil and Thailand sugar would have gone,” Naiknavare added.

India’s sugar production for 2020-21 season is estimated at 31 million tonnes. Acreage under sugarcane this year, according to the Agriculture Ministry’s latest estimates, is pegged at 54.70 lakh hectares, about 1.4 per cent higher than corresponding last year’s 53.96 lakh hectares.

Opportunity between Oct and Jan

Further, Naiknavare said, the Brazilian sugar season is getting curtailed this month instead of November. “We have an opportunity between October and January as sugar is not available from any other destination in the global market apart from India,” he said.

In a bid to tap the emerging huge export demand, NFCSF has urged its member mills to start producing the raw sugar, instead of whites.

“We have appealed to all our members across the country to start the season with raw sugar. Traditionally, they start with white sugar. Instead of that, we have asked them to start with raw sugar, produce raw sugar and export so that their liquidity can improve,” Naiknavare said.